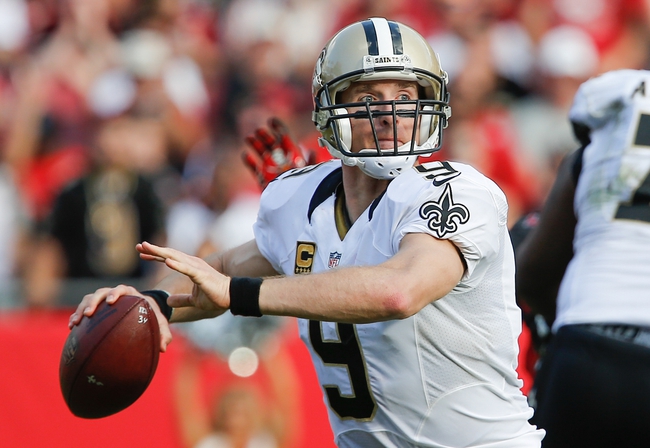 Let’s take our daily look at some of the notable players and situations out there in the NFL. We’ve got plenty coming ahead of next month’s draft, so there’s lots to talk about as usual.

There were some rumors floating around last week that had the Jets possibly interested in trading for Buccaneers quarterback Mike Glennon, but it appears that talk is false.
New York is at a contract stalemate with free agent Ryan Fitzpatrick, who wants roughly twice what the Jets are willing to offer. Their other option is Geno Smith, but the team isn’t all that thrilled about him. Glennon wouldn’t be much of a step up, so he’s not worth giving up a draft pick in the Jets’ eyes.
As for Fitzpatrick specifically, he wants a whopping $16 million per year. Granted, he’s coming off a nice season--and the free agent QB pool is very weak now--but that’s pie-in-the-sky money for him. The Jets are reportedly willing to go to $9 million annually, so we’ll see where things land--if they even land in New York at all.

In other QB contract news, there’s been an interesting storyline going on in New Orleans this off-season concerning Drew Brees’ contract. The latest news there is that some sources close to the team are speculating that the veteran signal-caller could end up playing out his contract year before a deal gets done.
Brees’ current deal pays him a whopping $30 million against the cap, and it would be best for both sides to work out something new. It’s long been assumed that would happen sooner rather than later, but it could end up taking a little longer.

It’s looking like the Redskins are going to be going with Matt Jones as the team’s No. 1 running back in 2016.
The coaching staff has nothing but good things to say about Jones, which looks like the reason they were so willing to let Alfred Morris walk in free agency.
Jones had some inconsistency issues in his rookie season, but does have some nice size and strength which should get him through the tough grind of being a feature back.

Owen Daniels and Vernon Davis are no longer on the Broncos’ roster, but Jeff Heuerman figures to slot into the offensive plans in Denver as the next guy up.
Heuerman tore his ACL last May, so he has no professional experience just yet. If he’s fully healthy in Week 1, he has a great opportunity to make an impact as both a receiving and blocking tight end.

The pick in this article is the opinion of the writer, not a Sports Chat Place site consensus.
Previous Pick
NFL Draft 2016: Power Ranking Top 10 Running Back Prospects
Next Pick
NFL News 3/29/16: Will the Titans Trade the Number 1 Draft Pick?