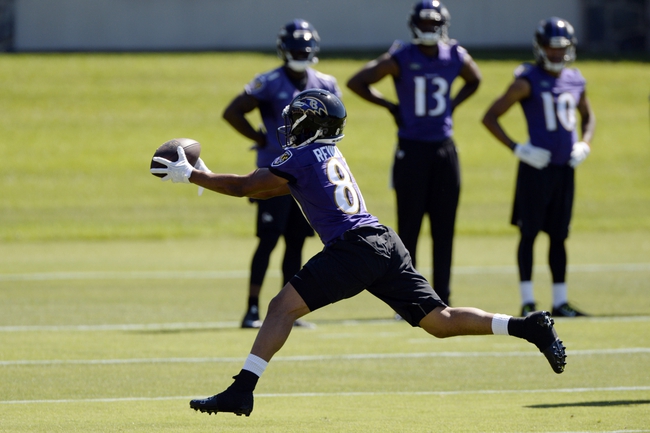 The Baltimore Ravens hope for a bounce back year after finishing 5-11 and finishing with their worst season since 2007. A lot of the Ravens struggles had to do with injuries and the good news for the fan base is this is a franchise that hasn’t missed the playoffs two straight years since 2004-05.

Key Player Losses: The Ravens kept majority of their offense but did lose a big piece in offensive lineman Kelechi Osemele, who is one of the better guards in the NFL. Wide receiver Chris Givens is now in Philadelphia after one season with Baltimore and 19 receptions. Defensively, the Ravens lost their leading tackler in Daryl Smith and another productive linebacker in Courtney Upshaw. The two played a combined seven seasons in Baltimore and the losses will put even more pressure on third-year player C.J. Mosley.

Key Player Additions: The big addition for the Ravens on the offensive side of the ball is speedster wide receiver Mike Wallace, who has more than 6,000 receiving yards and 42 touchdowns. Joe Flacco is one of the better deep ball throwers in the league and now has a guy who can downright fly despite turning 30 years old. Defensively, Baltimore added veteran safety Eric Weddle, who spent nine seasons with San Diego and produced 682 tackles and 19 interceptions. Weddle adds stability to a Baltimore defense that had its issues last season.

Draft: The Ravens made a safe first round pick with offensive lineman Ronnie Stanley, who is terrific in pass protection and has the build of being a franchise offensive tackle in due time. Kamalei Correa is an underrated pass rusher who is the future of Baltimore with Terrell Suggs and Elvis Dumervil getting older by the day. Tavon Young is a playmaking cornerback who fills an area of need and wide receiver Chris Moore averaged nearly 22 yards per reception last season, so another deep threat for Flacco.

Outlook: The Ravens are in a brutal division with the Steelers and Bengals, but they’ve been consistent over the years and have the pieces in place to make another run at the playoffs. With the addition of Wallace and the return of Steve Smith, Baltimore’s offense is as good as it’s been in a while. The real question with the Ravens is a defense that has a lot of young faces and ranked 26th in total yards allowed. Pittsburgh and Cincinnati are better teams than Baltimore right now, but that could change if the defense makes strides in 2016.