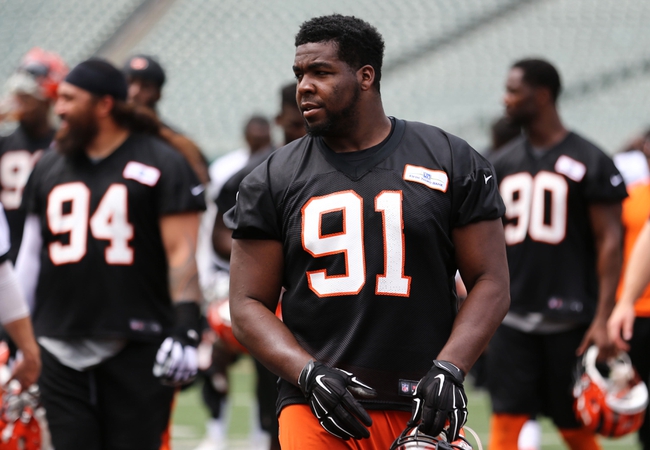 The Cincinnati Bengals have made the playoffs five straight seasons, but the fan base wants more after not winning a playoff game since 1991. The talent is there and the pressure is at an all-time high for this franchise to finally take that next step towards competing for a Super Bowl title.

Can this be the season?

Key Player Losses: The Bengals are still loaded offensively but did lose right tackle Andre Smith, a guy who has started 73 games and became very reliable. Wide receivers Mohamed Sanu and Marvin Jones are also no longer around after combining for 98 receptions and four touchdowns last season. Defensively, the biggest loss was safety Reggie Nelson, somebody who has been with Cincinnati the last six years and intercepted eight passes last season. Linebacker Emmanuel Lamur and defensive end Wallace Gilberry are also wearing different uniforms.

Key Player Additions: The Bengals added to an already talented defense with the addition of veteran linebacker Karlos Dansby, who has 41 career sacks and is coming off his fourth 100-tackle season in the last five years. Cincinnati also did a fine job of adding to their wide receiver corps by signing Brandon LaFell, who has caught 111 passes the last two seasons and is approaching 4,000 receiving yards for his career.

Draft: The Bengals added another polished, big cornerback in William Jackson III, which is becoming a trend for this franchise that likes physical defensive players. Wide receiver Tyler Boyd is a solid second round pick, as he’s sure handed and has playmaking skills after the catch. Nick Vigil is an underrated linebacker who moves well and made plays at Utah State, and offensive lineman Andrew Billings is probably the steal of the fourth round.

Outlook: The Cincinnati Bengals once again have enough talent to be considered Super Bowl contenders. However, it’s gotten to the point where most just write this team off simply off reputation. If the Bengals don’t make the playoffs AND make some noise this season, it’s time to fire Marvin Lewis and shake things up. There’s no reason why the Bengals can’t represent the AFC in this years Super Bowl.