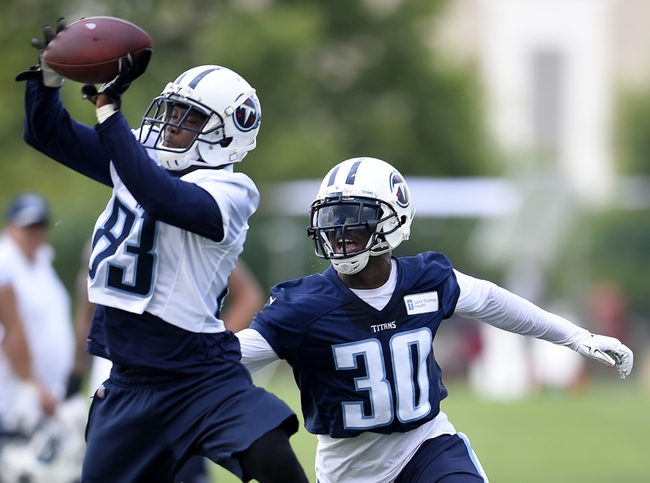 The Tennessee Titans have won a combined five games the last two seasons and haven’t made the playoffs since 2008. It’s a franchise clearly licking it’s wounds now, but the Titans are slowly adding young talent and building towards a promising future. This could be another step in the right direction.

Key Player Losses: The Titans didn’t lose anybody on the offensive side of the ball and kept their whole team intact for the most part. If you want to point out one guy who got away, it would be cornerback Coty Sensabaugh, who has gotten better each season and has 23 pass deflections in four years. Tennessee also lost safety Michael Griffin and linebacker Zach Brown, a duo that produced 178 tackles and two interceptions last season.

Key Player Additions: The Titans filled a huge area of need by adding center Ben Jones, who will help anchor an offensive line that struggled last season. Rishard Matthews also proved he can be a reliable wide receiver after averaging 15.4 yards per catch for the Miami Dolphins last season. Obviously the biggest pickup for the Titans this offseason was running back DeMarco Murray, who is easily one of the better backs in the league when used properly. Murray gives the Titans a security blanket on the offensive side of the ball and takes pressure off of everybody else.

Draft: The Titans made the smart move by continuing to address their offensive line by selection Jack Conklin out of Michigan State. Conklin is a tough nosed lineman with a high IQ and could be a key piece for the next decade. Linebacker Kevin Dodd adds depth to a Tennessee defense that struggled rushing the passer last season and running back Derrick Henry was terrific value in the second round given what he brings to the table. Safety Kevin Byard may be the steal of the draft for the Titans, as he’s a flat out playmaker with good instincts and is surehanded for a defensive player.

Outlook: Like the Jacksonville Jaguars, the Titans are slowly building for the future and have a lot of young pieces to be excited about. Tennessee was also able to speed up the process by adding Murray, Matthews and Jones. The Titans could double their win total from last season, especially if Marcus Mariota makes strides and has time to throw the ball. The Titans won’t make playoffs this season but will make progress in the first full season under coach Mike Mularkey.