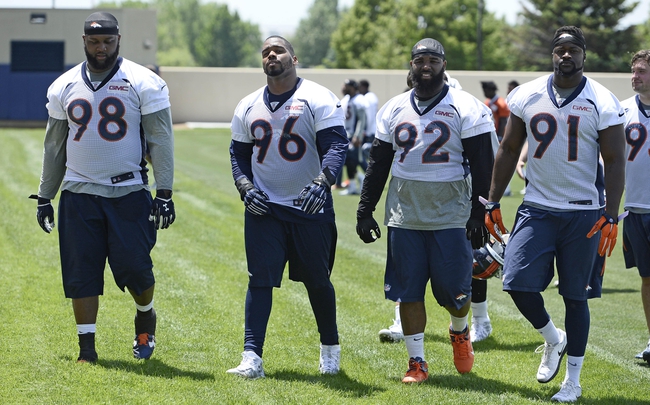 The Denver Broncos have made the Super Bowl in two of the last three years and hope they can become the first team to repeat since the New England Patriots in 2004-05. The Broncos have a new team heading into the upcoming season, so it’ll be an interesting transition.

Key Player Losses: The Broncos biggest loss will be at quarterback with the retirement of Peyton Manning and Brock Osweiler leaving for Houston. Never good when you lose two experienced quarterbacks in the same offseason. Tight end Vernon Davis is now in Washington after nine games in Denver, and offensive tackle Ryan Harris is now in Pittsburgh. Defensively, the Broncos say goodbye to Danny Trevathan, Malik Jackson, David Bruton Jr. and Lerentee McCray. Like I said, this will be a new team from a year ago.

Key Player Additions: Denver loaded up on offensive tackles in Donald Stephenson and Russell Okung. Stephenson started 21 games for the Kansas City Chiefs and Okung was a Pro Bowl selection in 2012 for the Seattle Seahawks. Jared Crick is a promising defensive end with 12 career pass deflections and Dekoda Watson is an experienced and athletic linebacker. Also, the Broncos addressed the quarterback position by adding Mark Sanchez, a journeyman who can be a solid game manager and keep things from unraveling.

Draft: Denver didn’t waste time preparing for the future by drafting quarterback Paxton Lynch. I’m not a huge fan of Lynch, but he does have upside and athleticism that fits todays game. Defensive tackle Adam Gotsis may have gone higher if it weren’t for injuries and Justin Simmons is a playmaking safety with extreme quickness. Also, running back Devontae Booker could be a steal, as he’s a physical downhill runner who could carve out a productive career if he’s able to stay healthy.

Outlook: The Broncos are always going to be a threat given their elite defense led by Demarcus Ware, Von Miller and Aqib Talib. And while there are playmakers on the offensive side of the ball, you have to wonder just how far a team can go led by Sanchez at quarterback. The Broncos have enough pieces in place to be a playoff team, but when there’s doubts at quarterback, things could change rather quickly.