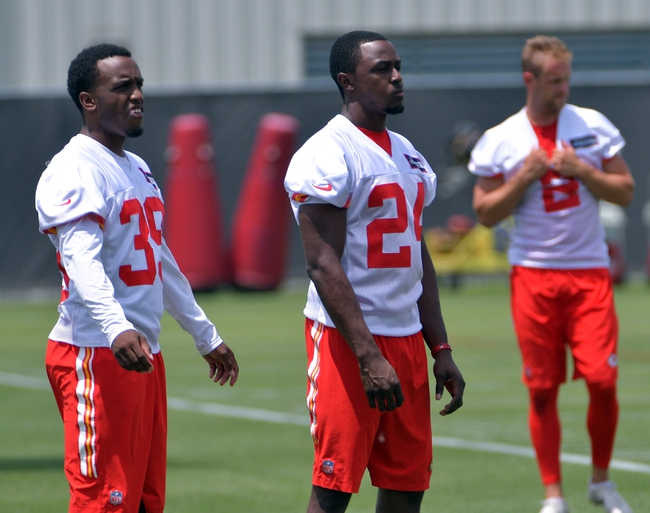 The Kansas City Chiefs are 31-17 in three seasons under head coach Andy Reid and have to be pleased after competing against the New England Patriots in the division round of the playoffs. The Chiefs are clearly a team that can make some noise in what feels like a wide open AFC.

Key Player Losses: The Chiefs only losses worth mentioning are Sean Smith going to the Oakland Raiders and Tyvon Branch now in Arizona. Smith is one of the top physical cornerbacks in the league and has had double-digit pass deflections in four straight seasons, while Branch played well in his lone season in Kansas City after coming from Oakland.

Key Player Additions: The Chiefs addressed the offensive line with tackle Mitchell Schwartz, who started 62 games for the Cleveland Browns. Wide receiver Rod Streater comes over from Oakland after racking up more than 1,500 receiving yards and eight touchdowns in his short career. Other than that, Kansas City did a good job of keeping the team intact and not focusing on adding key players from the outside.

Draft: The Chiefs made the most of not having a first round pick by adding a massive defensive tackle in Chris Jones and an athletic cornerback in KeiVarae Russell who only adds to an insanely talented secondary. Wide receiver Demarcus Robinson is one of those players who could have a better pro than college career and Parker Ehinger is a versatile offensive lineman who adds depth at guard but could also play tackle.

Outlook: The Kansas City Chiefs kept pretty much the exact same team from last seasons playoffs have to be the exception. The Chiefs haven’t made the playoffs back-to-back seasons since 1994-95. The Chiefs are one of those teams that could represent the AFC in the Super Bowl if everything goes right. The coach is there. Smith has proven he’s an effective quarterback. The playmakers are there. The defense has made strides each season. A lot to like about the Chiefs in what has become a tough AFC West.