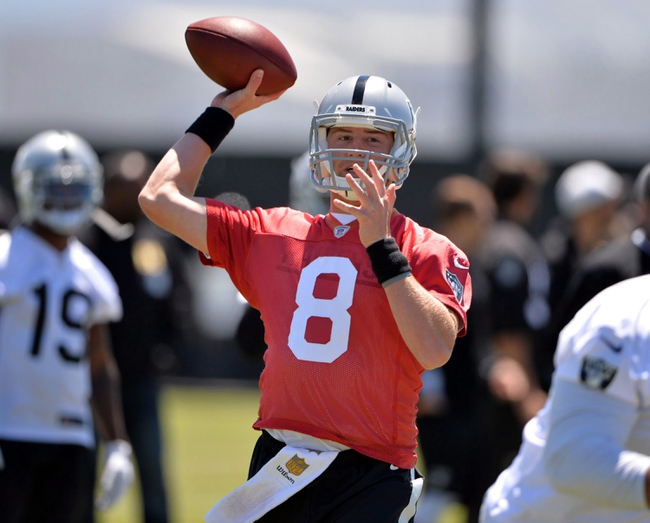 Despite not making the playoffs since 2002, there’s a lot of excitement surrounding the Oakland Raiders and the upcoming season. Oakland feels like it has a quarterback in  Derek Carr who can lead the way, and that Raiders defense is feeling itself in a major way.

Are the Raiders finally back?

Key Player Losses: The only major loss for the Raiders this offseason came with the retirement of Charles Woodson. The Hall of Fame defensive back was still capable of playing at a high level and added leadership to a fairly young team. A minor departure would include Taylor Mays returning to Cincinnati after producing 26 tackles and five pass deflections in 14 games for the Raiders.

Key Player Additions: The Raiders hit a homerun with the addition of linebacker Bruce Irvin, who was the ultimate defensive playmaker and a key contributor for why the Seattle Seahawks won a Super Bowl. Oakland also stole cornerback Sean Smith from its rival Kansas City, and he’s one of the better physical defensive backs in the league. Reggie Nelson is a proven and experienced safety who can lay the wood. Additions like this are why the Raiders feel like they have an elite level defense on paper.

Draft: The Raiders continued to pad their defense with safety Karl Joseph, who has great instincts and is a hard hitter from West Virginia. Jihad Ward is an athletic freak at defensive end and has experience playing tons of positions defensively and offensively. Shilique Calhoun is a skilled pass rusher from Michigan State and DeAndre Washington is a talented running back with great hands. I also like the fourth round selection of quarterback Connor Cook. He’s smart and has some tools that could blossom into something after sitting for a while and learning from the right coaching staff.

Outlook: There’s a lot of people buying Oakland Raiders’ stock and for good reason. The Raiders added playmakers and experience to a defense that already featured Malcolm Smith and Khalil Mack. Carr has proven he’s one of the top young quarterbacks in the league and he has playmakers around him led by Amari Cooper. The Raiders should be a playoff team and could very well win the AFC West this season. There’s a lot to like about the Oakland Raiders and the direction they’re heading. Stop sleeping.