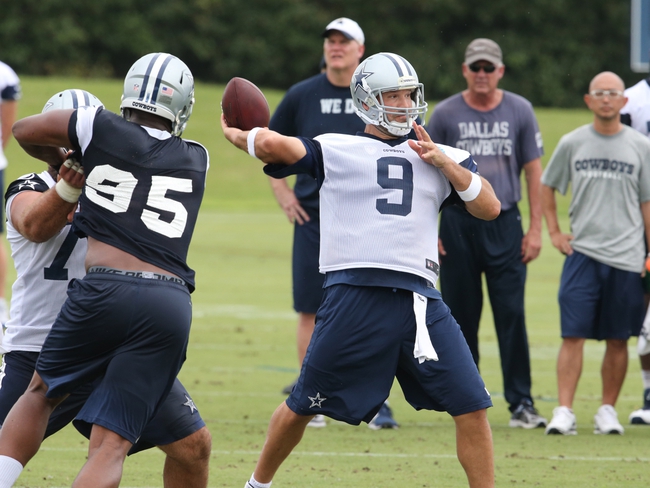 The Dallas Cowboys hope to bounce back after a brutal 4-12 record that was filled with injuries and bad breaks. When healthy, the Cowboys feel they’re a Super Bowl caliber team, and they enter this season on paper in good shape.

Can the Cowboys return to their glory days?

Key Player Losses: The only offensive player the Cowboys really lost was backup quarterback Matt Cassel, but he did complete just 58.3 percent of his passes on 204 attempts. Defensively, the Cowboys biggest loss was defensive end Greg Hardy. Yes, Hardy comes with serious off-the-field baggage, but he does have 40 sacks in six seasons and is a nightmare for offensive lines to handle. Dallas also lost a pair of young cornerbacks in Tyler Patmon and Terrance Mitchell.

Key Player Additions: The Cowboys added running back depth with two-time Pro Bowl selection Alfred Morris, who has 4,713 rushing yards and 29 touchdowns in his career. Other than that, the Cowboys did a good job of keeping their team intact and made a bunch of minor pickups to add depth to an already impressive starting roster.

Draft: The Cowboys decided to go big by drafting running back Ezekiel Elliott fourth overall. Dallas knows Tony Romo is getting older and that championship window is closing, so adding Elliott makes the Cowboys offense one of the scariest in the NFL. He’s a game changer and the favorite to win Rookie of the Year. Linebacker Jaylon Smith is a strong second round pick, as he would have been a top-15 pick if it weren’t for a knee injury. Maliek Collins adds much needed depth on the defensive line and Dak Prescott is a nice project quarterback with some upside. However, Elliott will make or break this draft given how badly Dallas needs him this season.

Outlook: I don’t want to excite Cowboys Nation too much, but I have Dallas winning the Super Bowl if Romo can stay healthy. The Cowboys have the best offensive line in football and an offense that can trade scores with anybody in the league. Dallas’ defense has also made strides under Rod Marinelli and will be even better with a healthy Sean Lee. I really like this Cowboys team and think it has what it takes to hoist the Lombardi trophy. At the very least, Dallas should win the NFC East and make it to the NFC Championship.