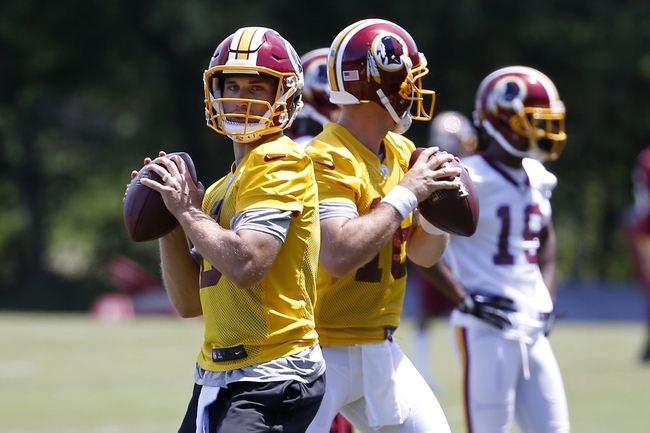 The Washington Redskins have a chance to make back-to-back playoff appearances for the first time since 1991-92. The Redskins shocked everybody last season with nine victories and returns a team that should be confident it can hang in the competitive NFC East.

Key Player Losses: The Redskins big loss on the offensive side of the ball was running back Alfred Morris, who averaged more than 1,000 yards per season and scored 29 touchdowns in four years. Morris was a two-time Pro Bowl selection and is fifth on the Redskins all-time rushing list. Washington also finally got rid of some guy named Robert Griffin III. Defensively, the Redskins lost one of their top tacklers in linebacker Keenan Robinson, a productive young safety in Trenton Robinson and a veteran defensive tackle in Terrance Knighton who has 14 career sacks.

Key Player Additions: The Redskins focused mainly on the defensive side this offseason and it started by adding cornerback Josh Norman. Arguably the best cornerback in the NFL, Norman is a shutdown guy who has 29 pass deflections his last two seasons. Washington also added a young, promising defensive end in Kendall Reyes and a proven safety in David Bruton. Offensively, the Redskins will kick the tires on veteran tight end Vernon Davis, who has really undeceived the last two seasons.

Draft: The Redskins added yet another wide receiver in Josh Doctson, which gives Kirk Cousins one of the better receiving corps in the league when you add DeSean Jackson, Pierre Garcon and Jamison Crowder. Su'a Cravens is going to be a very good safety in this league due to his instincts and physicality. Cornerback Kendall Fuller probably would have been drafted higher if it weren’t for injuries. Quarterback Nate Sudfeld is also great value in the sixth round, as he has a strong build at 6’6” and comes from a football family.

Outlook: I was backing the Redskins quite a bit last season and don’t think last years nine victories were a fluke. Washington has a deep group of receivers and a quarterback who has shown he can be consistent when he wants to be. Also, the Redskins defense made a huge jump with the addition of Norman, which will make life easier for everybody else. You have to anticipate playoffs if you’re a Redskins fan, but having the Dallas Cowboys and New York Giants in the same division won’t make it a sure thing.