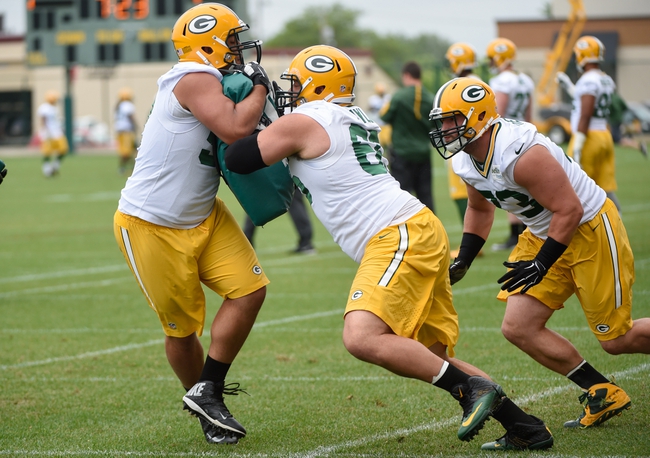 The Green Bay Packers have made the playoffs seven straight seasons and enter another year as the favorites to win the NFC North. Led by arguably the best quarterback in the league in Aaron Rodgers, the Packers are always thinking Super Bowl.

Can the Packers get back to the promised land for the first time since 2010?

Key Player Losses: Offensively, the Packers lost wide receiver James Jones and fullback John Kuhn. Jones is coming off his best season yet with 890 receiving yards and eight touchdowns, while Kuhn was a fan favorite who had three touchdowns the last two years. Defensively, defensive tackle B.J. Raji decided to retire in March. Raji was one of the better interior defenders in the league and made the Pro Bowl in 2011.

Key Player Additions: The Packers gave Rodgers another weapon with tight end Jared Cook, who has 16 career touchdowns and nearly 3,500 receiving yards. Other than that under-the-radar pickup which has the potential to be huge, the Packers focused on keeping their team intact and moving forward with a younger roster.

Draft: The Packers needed a young replacement for Raji, and Kenny Clark provides that with his extreme power and ability to draw double teams. Jason Spriggs provides depth on an offensive line that may lose some guys next offseason, and Kyler Fackrell is a smart linebacker who has the ability to get after the quarterback in a 3-4 defense. I also really like the pick of defensive end Dean Lowry, as he’s quite fast for a guy his size and is a tough nosed dude who just gets after it and plays with passion. Green bay will love a guy like Lowry.

Outlook: The outlook for the Packers is the same it’s been for the last decade. Truly Super Bowl or bust. The Packers have probably the best quarterback in the land and more than enough weapons around him assuming Randall Cobb and Jordy Nelson are 100 percent. With an offense that can score on anybody and a defense that’s gotten younger and more explosive, the Packers are one of those teams that can realistically set its eyes on the Lombardi trophy. There’s no moral victories when you have the best QB leading the way in a quarterback’s league.