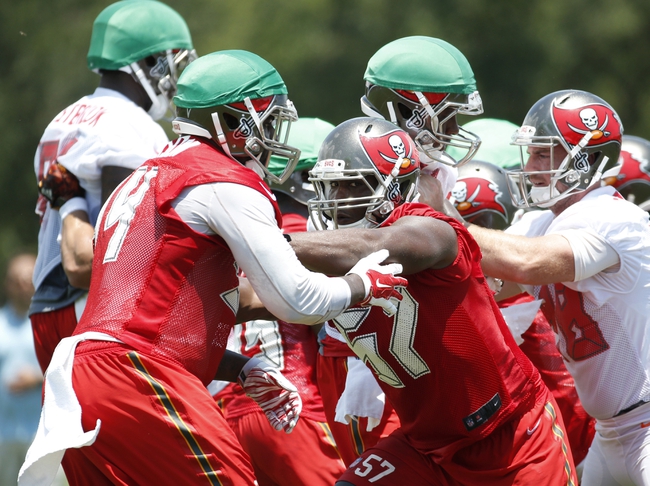 The Tampa Bay Buccaneers are coming off a 6-10 season, which is serious progress given the franchise won a combined six games the previous two years. The Buccaneers have to be a confident bunch as they look to make their first playoff appearance since 2007.

Will this be the year the Bucs get over the hump and make some noise in the NFC South?

Key Player Additions: The Buccaneers focused solely on the defensive side of the ball by adding cornerback Brent Grimes, linebacker Daryl Smith and defensive end Robert Ayers. The Buccaneers were 10th in total yards allowed last season, so those additions should just make the defense even stronger. The Bucs also strengthened their offensive line by adding guard J.R. Sweezy, who won a Super Bowl with the Seahawks and has 49 starts under his belt.

Draft: The Buccaneers added the best cornerback in the draft in Vernon Hargreaves, a guy who has the potential to become a shutdown corner. Amari Cooper once said Hargreaves was the best corner he faced in college. Noah Spence was a former Ohio State defensive end and probably would have gone higher if it weren’t for off-the-field issues. Roberto Aguayo was the best college kicker I’ve ever seen and Ryan Smith is a super fast defensive back who can play cornerback or safety. Also, don’t sleep on fullback Dan Vitale, who can be used as a slot receiver and kind of be a swiss army knife in an offense. The Buccaneers had a nice draft overall with many guys who can be used this season.

Outlook: The Buccaneers are a young team that gained serious confidence last season and has the potential to be even better with another season under Jameis Winston’s belt. Remember, the Bucs could of been a playoff team last year if they didn’t lose five of their last six games. Tampa Bay has an above-average defense that got better in the draft and an offense that can stretch the field and put points up quickly. The Buccaneers may be a year away from really competing, but there’s enough here to make a push for a playoff spot.