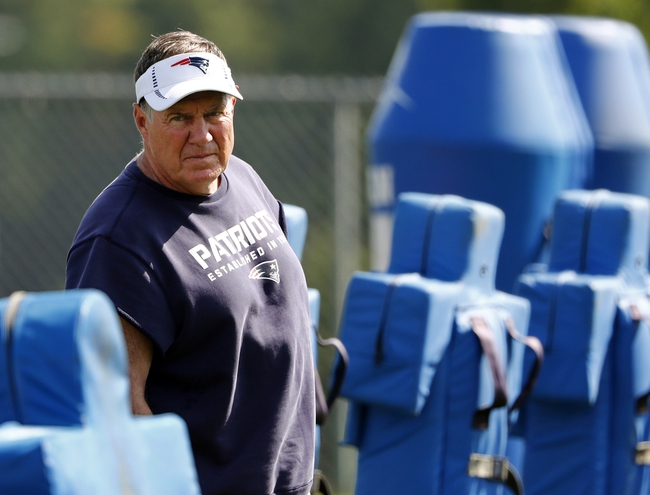 A Look at the Top NFL GMs Right Now

We’re inching closer and closer to the official start of the NFL preseason, but we’re still in the window of the year when general managers and their cohorts reign supreme. Today, I thought we’d take a few minutes to look at the top ten GMs in the league heading into the 2016 NFL year.

1. Bill Belichick - There’s no love lost between me and anyone involved in the New England Patriots organization, but even this Colts fan has to admit that Belichick’s cutthroat approach to running his team makes him the best (albeit de facto) general manager in the NFL. You aren’t playing up-to-par? I don’t care if “Brady” is on the back of your jersey...bye bye.

2. John Elway - When Elway took the GM position in the Denver Broncos’ front office, most fans assumed he was going to function more as a figurehead than anything else. In reality, Elway truly took the reins, signing both Chris Harris Jr. and reigning Super Bowl 50 MVP Von Miller during his first year with the team.

3. Ted Thompson - The Green Bay Packers have had sustained success for years; they almost always clinch a playoff berth, yet they very rarely have the salary cap trouble that other perennial powerhouses run into. This is, in large part, due to Thompson’s drafting prowess. Under his leadership, the Pack have had second-round picks play in over 750 games and have sent five of those players to the Pro Bowl.

4. John Schneider - The Seattle Seahawks have had one of the league’s preeminent defenses for the past several years (and, remember, the Legion of Boom wasn’t built with top prospects) making them a major threat season after season. Schneider also drafted a Super Bowl-winning quarterback in the third round. That’s impressive by any standard.

5. Dave Gettleman - Just three seasons ago, Gettlemen took a forgettable Carolina Panthers team and began a massive rebuilding process that culminated in one of the winningest seasons in NFL history last year. Although Cam Newton and Co. have yet to bring the Lombardi home to Charlotte, they appear to be well on their way thanks to Gettlemen’s moves.

6. Kevin Colbert - Colbert wasn’t around when the Pittsburgh Steelers drafted Big Ben Roethlisberger, but he has been the force behind the acquisition of most of the future Hall of Famer’s favorite targets. Antonio Brown, LeVeon Bell, and Martavis Bryant have all been added to the Steelers’ roster on Colbert’s watch.

7. Reggie McKenzie - Some may say I’m jumping the gun on McKenzie, but I’m nothing short of impressed by his rebuild of the Oakland Raiders’ pathetic roster. This year (mark my words now, y’all), Jack del Rio’s team is going to contend, especially with the Denver Broncos’ quarterback situation being what it is. They have a fierce defense anchored by Khalil Mack, and an offense that Derek Carr is looking increasingly comfortable leading.

8. Steve Keim - Keim didn’t inherit the Arizona Cardinals until 2013, but in that short span of time, he (and Bruce Arians, of course) have built a team that contends every single year. Carson Palmer has been given new life in a Cards’ system that also boasts the addition of Chandler Jones, Jared Veldheer, and a host of other names we all know. Now if they could just manage to win a playoff game (I’m blaming Cincy’s curse following Palmer).

9. John Dorsey - Dorsey took over in the Kansas City Chiefs’ front office three years ago. During his tenure, the club has had a winning record each and every year. Drafting isn’t necessarily Dorsey’s biggest strength, but he’s done incredibly well in free agency, picking up some of Andy Reid’s key starters, like Alex Smith and Jeremy Maclin.

10. Ozzie Newsome - The Baltimore Ravens longtime GM (he became the league’s first African American to accept the post in 2002) hasn’t had much success in drafts of late (and he admits it). Nonetheless, Newsome selected players like Joe Flacco and Ray Lewis, building an impressive resume that speaks for itself even during his team’s recent slump.

The pick in this article is the opinion of the writer, not a Sports Chat Place site consensus.
Previous Pick
Top Five Moments From the 2016 NFL Hall of Fame Weekend
Next Pick
Falcons vs. Redskins - 8/11/16 NFL Pick, Odds, and Prediction