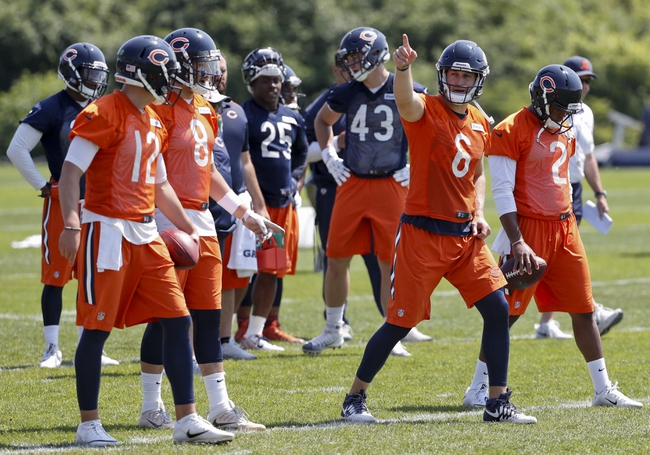 The Denver Broncos may be coming off a Super Bowl crown but have a lot of questions to answer before the season begins. Instead of Peyton Manning suiting up, the Broncos have a quarterback trio of Mark Sanchez, Trevor Siemian and Paxton Lynch. Denver may also be starting a rookie right guard in Connor McGovern. Sanchez will likely see more reps than usual given that he’s on a new team and didn’t look great with the Philadelphia Eagles. The Denver Broncos may have the best starting defense in the league, but there’s a lot of youth with the second and third unit. Seeing guys like Justin Simmons, William Parks and even Shane Ray make strides will be key this preseason.

The Chicago Bears haven’t made the playoffs since 2010 but do hope things change in the second year under John Fox. Due to a massive contract, the Bears are still going to go with Jay Cutler, but you’re sure to see a lot of Brian Hoyer, David Fales and Connor Shaw in this ball game. In fact, adding Hoyer may be the biggest pickup for the Bears, at least for the preseason as it gives them experience behind the shaky Cutler. The Bears may also be starting a rookie left guard in Cody Whitehair. Defensively, the Chicago Bears are very young with their second unit, and guys such as Jonathan Bullard, Deon Bush and Leonard Floyd hope to take advantage of the lack of depth.

I've said it many times, I'm all about quarterback depth in the preseason and a combination of Cutler and Hoyer is pretty solid, especially when you consider Sanchez is the starter on the other side. The Bears should be able to put together some solid drives and get the victory here.

The pick in this article is the opinion of the writer, not a Sports Chat Place site consensus.
Previous Pick
Ravens vs. Panthers - 8/11/16 NFL Pick, Odds, and Prediction
Next Pick
Montreal Alouettes vs. Edmonton Eskimos CFL Pick, Odds, Prediction - 8/11/16