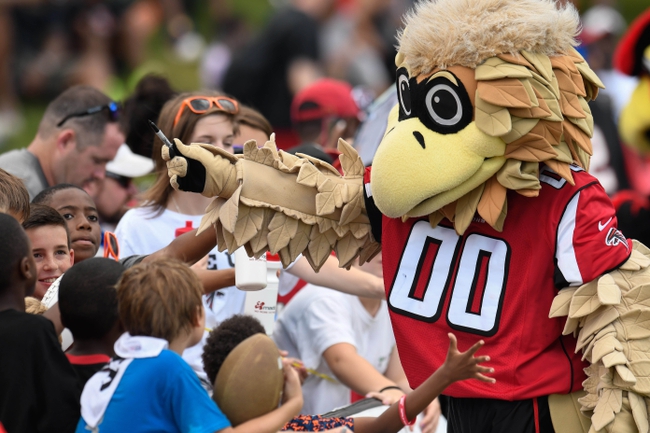 The Washington Redskins and Atlanta Falcons open the preseason Thursday night at the Georgia Dome.

The Washington Redskins have increased expectations after making the playoffs last season and now hope to make it back-to-back for the first time since 1991-92. The Washington Redskins enter 2016 with a very experienced team with only one rookie on the second team, who is wide receiver Josh Doctson. As for quarterbacks, Washington will play a lot of Colt McCoy and rookie Nate Sudfeld out of Indiana, of course, after Kirk Cousins sees a rep or two. Defensively, the Redskins have questions at linebacker after Junior Galette tore his ACL and has been ruled out for the season. This opens the door for guys such as Su'a Cravens and Shiro Davis.

The Atlanta Falcons have missed the playoffs three straight seasons and enter their second year under coach Dan Quinn. The Falcons are experienced on the offensive side of the ball and should have better protection with Alex Mack now on the offensive line. Quarterback wise, the Falcons will play a lot of Matt Schaub and Sean Renfree once Matt Ryan is benched after a series. The Atlanta Falcons may have one of the better trio of quarterbacks in the league give the experience combined. Defensively, the Atlanta Falcons should take a step forward with another season of Vic Beasley and the addition of Courtney Upshaw. The second unit will be fun to watch with rookie linebackers De'Vondre Campbell and Deion Jones.

For me, preseason games are all about the quarterback depth. A game can change once an experienced backup comes in and can lead a couple of scoring drives. I have little trust in McCoy and rookie Sudfeld. Give me an experienced Schaub and a promising Renfree to lead the Falcons to victory.

The pick in this article is the opinion of the writer, not a Sports Chat Place site consensus.
Previous Pick
Top Ten NFL General Managers of 2016
Next Pick
Ravens vs. Panthers - 8/11/16 NFL Pick, Odds, and Prediction