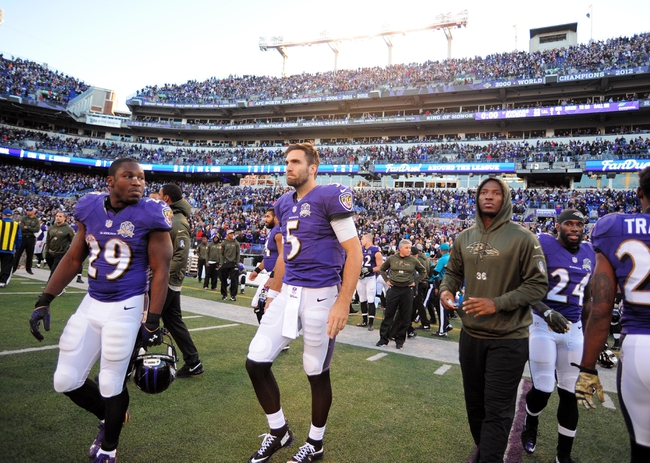 The Carolina Panthers have just one thing on their mind and that’s to get back to the Super Bowl in hopes of righting a wrong. The Panthers return pretty much the same roster from last season and even get back star wide receiver Kelvin Benjamin. As for quarterback play, Derek Anderson and Joe Webb will get majority of the reps behind Cam Newton. It’s nice for Carolina to have two experienced quarterbacks who have starting experience under their belts. Defensively, the Carolina Panthers have some young players to work in the mix including Kony Ealy and Shaq Thompson, while rookie defensive lineman Vernon Butler has a chance to see some playing time if he impresses early.

The Baltimore Ravens look to bounce back after a 5-11 season that was filled with nothing but injuries and disappointment. The good news is that the Ravens are healthy, which includes quarterback Joe Flacco. Flacco likely won’t see much playing time for this contest, which means we’ll get a lot of Ryan Mallett and Josh Johnson, quarterbacks who have been in the league for a while but just couldn’t get that break. However, it will be an interesting battle for the No. 2 spot, and the same can be said for projected rookie starting tackle Ronnie Stanley.  Defensively, the Baltimore Ravens may start rookie linebacker Kamalei Correa if he’s able to hit the ground running and cornerback Jimmy Smith is healthy and ready to go.

Both of these teams have decent quarterback depth with guys who have started NFL games before, so it should make for an interesting battle all the way through. That's why I'm taking the over, as we don't have rookies who will have issues moving the ball. Guys like Mallett, Anderson and Webb can score on second and third string defenses.