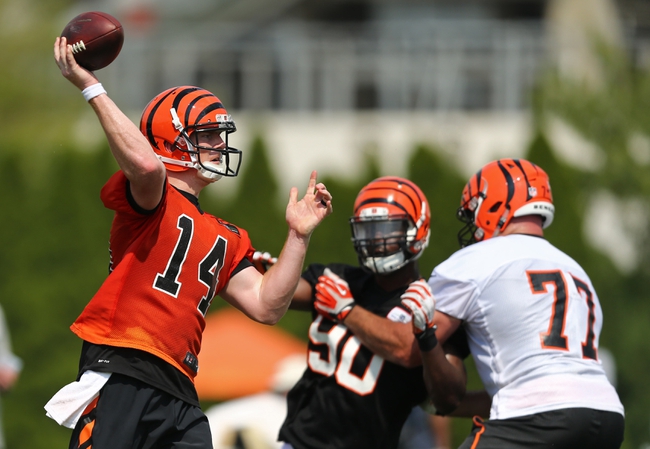 The Minnesota Vikings and Cincinnati Bengals meet up in Ohio for their preseason openers as both teams carry high hopes for the upcoming season.

The Vikings look to build on their playoff appearance and NFC North division title last season but are hoping that this year ends with more grace than last season after a Blair Walsh blunder against the Seahawks in the wild card round spelled the end of a promising run. The Vikings are back though and have a very solid roster from top to bottom and if Teddy Bridgewater can take another step forward this season they will be dangerous and serious contenders in the NFC. The VIkes starts off with a preseason tilt against the Cincinnati Bengals who have taken a step back in seems this season after some off season moves and the suspension to Vontaze Burfict but they will still be in the running as they have a deep team and could do some damage in the AFC.

The Bengals lost Reggie Nelson in the offseason as he jumped ship and signed with the Oakland Raiders which is a pretty big blow to their secondary but they do have some great pieces on both sides of the ball and will lean heavily on their offense this season. Andy Dalton has asserted himself as a pretty good game manager but has also been called out for struggling in the spot light and while he does have some help in the form of Jeremy Hill, Gio Bernard, and AJ Green the team will ultimately go through him and their playoff success stems from his effort. The Bengals do have some holes they need to address and will likely use this game here as a step to finding those replacement and as such I think they have the edge here against the Vikings who seem like they’re a little more certain with their starters.