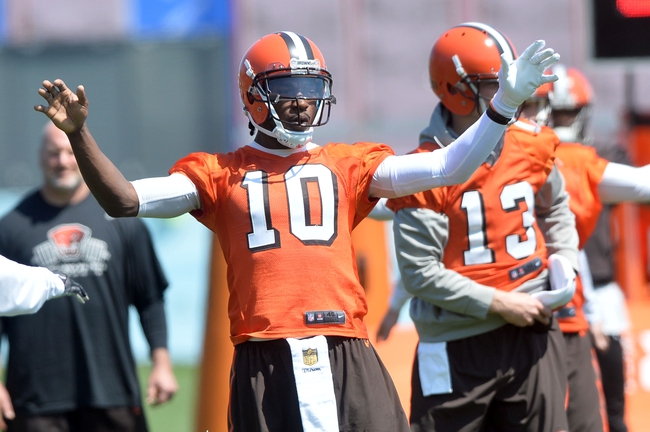 The Cleveland Browns and the Green Bay Packers face off on Friday at Lambeau Field for a week one NFL preseason matchup.

The Cleveland Browns and their fans are waiting for the year when the Browns make their return to the playoffs but if they hope it is this year they have some stiff competition in the AFC North. The Browns have felt like they are a team in transition for many years at this point as whether it be the QB or the Head Coach, continuity hasn’t been the norm. Robert Griffin III has been named the starter at QB but Luke McCown is a capable and experienced backup but expect rookie Cody Kessler to see plenty of action in this one as well. Isaiah Crowell is the starter at RB for Cleveland with Duke Johnson likely to see plenty of action this season and their should be plenty of competition for the third spot. The Browns appear thin at WR with rookie Corey Coleman being the most exciting of the bunch as Cleveland gives ex-Ohio State QB and NFL QB Terelle Prior a chance to see what he can do at receiver as well. Defensively Demario Davis comes over from the Jets in the middle of the D and Barkavious Mingo backs him up. Paul Kruger man the OLB spot and Joe Haden anchors the secondary and ex-Packer Tramon Williams handles the other corner. The Browns should be better than they were last season but how much better remains to be seen.

The Green Bay Packers were supposed to open their pre-season last week in the Hall of Fame Game but the game never happened. Aaron Rodgers has been the man at QB for the Packers but we should see a lot of ex-UCLA QB Brett Hundley as well as Joe Callahan and Marquise Williams as the Pack usually keep just two QB’s. The Green Bay rushing attack is still all about Eddie Lacy and James Starks but expect John Crockett and Brandon Burks to compete for a roster spot. After least season’s injury to Jordy Nelson and Jared Abbrederis being generally injury prone, expect the backups to play plenty and the Pack will hope to find someone beyond Davonte Adams to be there if called upon.  Clay Mathews, Ha Ha Clinton Dix, and Julius Peppers are all back but this game is all about the depth. The Packers have several rookie free agents who will hope to make their mark in the secondary.

The might be the only time some of these players get the chance to do the Lambeau leap and expect them to do what they can to make it happen and while I don’t love this game the Packers are my play.