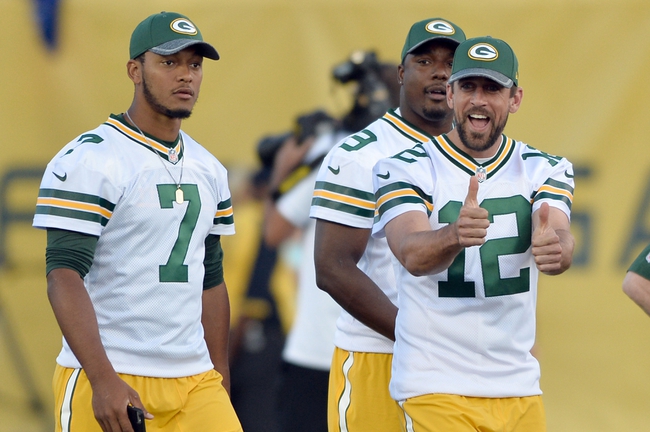 The Cleveland Browns have nowhere to go but up after winning just three games last season and bringing in a new head coach in Hue Jackson. One step in the right direction for Cleveland would be finding a reliable quarterback, as Josh McCown and Robert Griffin III will battle it out for the starting job. The Browns also have some intriguing young players on the offensive end in rookie wide receivers Corey Coleman and Ricardo Louis. The Browns also have an intriguing 1-2 punch at running back in Isaiah Crowell and Duke Johnson. Defensively, the Cleveland Browns may have a new starting defensive end in rookie Carl Nassib and linebacker Scooby Wright is worth a watch given his playmaking ability at Arizona.

The Green Bay Packers were supposed to play in the Hall of Fame game against the Colts, but the game was cancelled due to poor field conditions. Because of the one less preseason game, you may see Aaron Rodgers a little bit more than usual, but Brett Hundley and Joe Callahan are still going to get the bulk of the reps at quarterback. It’s also important to note that the Packers have a combined five rookie offensive linemen in their second and third units. Defensively, the Green Bay Packers will see if linebacker Jake Ryan is capable of holding down a full-time starting role and if rookie Blake Martinez is worth the hype. The Packers have four rookies in their second team defense.

Quarterback play is the key for me in preseason and it helps when there's a battle at the position. McCown and RGIII going at it should result in some productive drives, while the Packers are simply playing not to get hurt and remove rust. I have to side with the young Browns who are still playing to find answers on their roster.