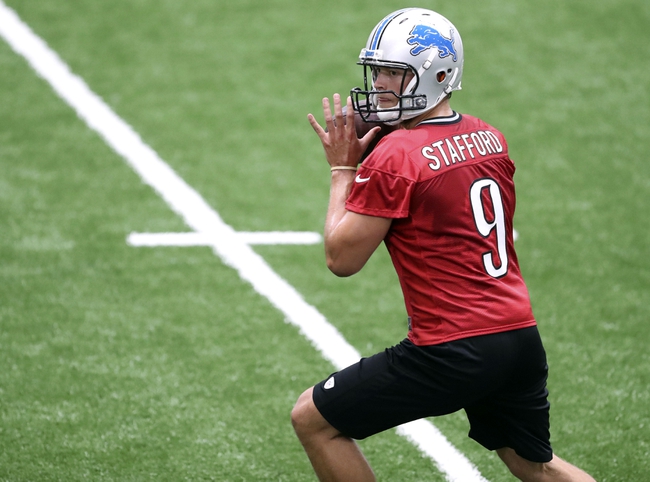 Two of the NFL’s most storied franchises meet in the Steel City as the Detroit Lions travel to Heinz Field to kick off their preseason against the Pittsburgh Steelers.

The Detroit Lions look to begin life without Calvin Johnson who stunned the football world this offseason by deciding to retire, leaving a major void in the receiving core of a team coming off of a disappointing 7-9 season that saw Detroit miss the playoffs for the third time in four years. Ameer Abdullah emerged as the leader of the Detroit backfield, but that’s not saying much considering the Lions finished last in rushing last season. Abdullah is joined by Theo Riddick to provide Detroit with the perfect yin and yang at running back as Riddick is considered one of the best pass catchers in the league at that position. Matthew Stafford returns as the incumbent starting QB and the Lions have done their best to fill the void left by Calvin Johnson by signing veterans Anquan Boldin and Marvin Jones. On the other side of the ball, the Lions look to improve on a defense that finished in the bottom half of the league in yards per game allowed and points against per game. The Lions have guys like Pro-bowler Glover Quin, Darius Slay and Rashean Mathis to hold down the passing game, but with a lack of linebacker depth and an aging Haloti Ngata, you have to wonder how much the Lions defense might improve, if at all.

The Pittsburgh Steelers finished last season with a decent 10-6 record and a victory in the wild card round against their hated rival in the Cincinnati Bengals before ultimately falling to the eventual super bowl champion Denver Broncos.  The majority of Pittsburgh’s offense returns this season, the same offense that finished 3rd in the NFL in yards per game and tied for 4th in points per game. Ben Roethlisberger returns to take the snaps for the Steelers, and LeVeon Bell will be in the backfield at some point as it is unclear if Bell will be suspended by the NFL for missing a drug test. Pittsburgh also signed veteran DeAngelo Williams to add some depth to the Pittsburgh running back core. Antonio Brown and Markus Wheaton will be Roethlisberger’s top two targets this season as Martavis Bryant will miss the entire 2016 NFL season after violating the league’s substance abuse policy. On the defensive side of the ball, the Steelers looks to improve on a defense that wasn’t as good as most would expect from a Pittsburgh defensive unit that uses defense as their M.O. The Steelers did finish in the top half of the league allowing just under 20 points per game, but they finished in the bottom half of total yards, so it will be interesting to see how the defense tries to improve with rookie cornerback Artie Burns who was selected 25th overall by Pittsburgh in this year’s draft but is currently dealing with an undisclosed injury.

Detroit is going to have a lot of backup position battles on both sides of the ball Friday night, which isn’t good for a Pittsburgh squad that has limited depth in certain positions on defense. Not to mention that in the last 10 preseasons, Detroit has not had one losing mark going into the season, that’s a welcome preseason trend if I’ve ever seen one.

Give me the Lions and the points but I don’t even think we need them.