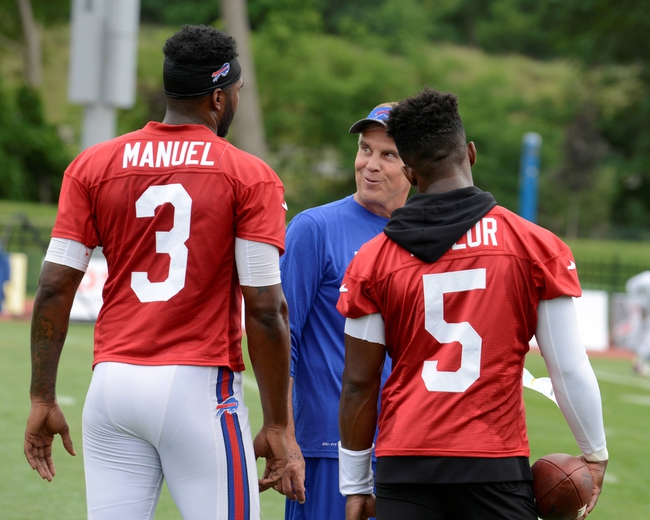 The Indianapolis Colts missed out on an extra preseason game after the Hall of Fame game was canceled. Andrew Luck may get an extra rep or two due to the missed action, but this is still going to be the Scott Tolzien and Stephen Morris show, a backup QB duo that has a combined seven years of experience. The main thing to watch with the Colts offense is rookie center Ryan Kelly out of Alabama, as he’s currently slated for the starting role. Defensively, the Indianapolis Colts first unit is pretty much set in stone, but guys such as  Zach Kerr, Hassan Ridgeway and TJ Green have a chance to earn playing time with impressive showings in the preseason.

The Buffalo Bills enter the second season under coach Rex Ryan, and they hope to build on a subpar 8-8 record. The Bills may have the most intriguing trio of quarterbacks in the league, as Tyrod Taylor, EJ Manuel and Cardale Jones were all successful college QBs and have similar skill sets. Jones will be fun to watch with the third unit, but this is clearly Taylor’s team with the promise he showed last season. Rob Gronkowski’s brother Glenn will also be with the second team offense at the fullback position. Defensively, the Buffalo Bills have possible three new starters in rookies Shaq Lawson, Reggie Ragland and Adolphus Washington. This is a young, exciting Bills team that is worth a watch this preseason.

The Colts have nothing at the backup position behind Luck and the offense is sure to stall. Meanwhile, the Bills have three exciting quarterbacks who can make plays with their legs and give second and third team defenses fits. The Bills here at home may be one of the stronger plays in the preseason.