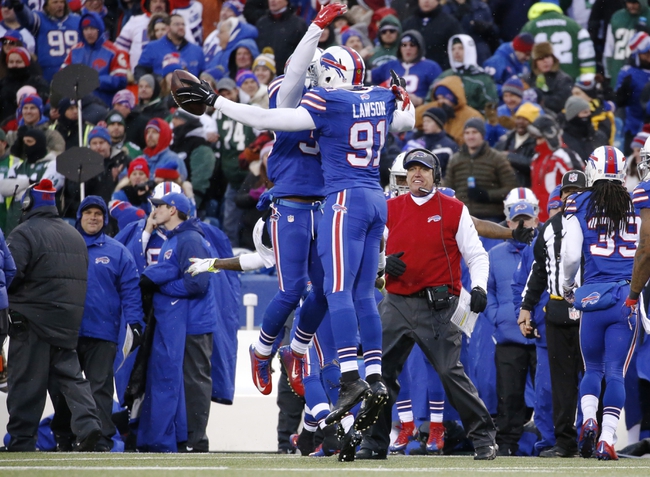 The Indianapolis Colts head to Ralph Wilson Stadium to take on the Buffalo Bills in what will be the preseason opener for both sides.

The Indianapolis Colts were supposed to have already played a game this preseason, however the Hall of Fame Game was cancelled due to unsafe field conditions. That still does not change that the Colts are coming off of a disappointing 8-8 season, during which there were early expectations that this Colts squad could be a Super Bowl contender, instead, fans were left with a second place finish in what was considered a weaker AFC South than years past. The colts enter their fifth season under head coach Chuck Pagano and quarterback Andrew Luck who is hoping to have a better 2016 than he did last season. Luck missed nine games due to injury and when he did play, he was mediocre at best throwing 12 picks to counter his 15 touchdowns. Indy did however bulk up Luck's protection selecting center Ryan Kelly from Alabama with their 18th overall pick in this year's draft. On defense, the Colts return most of their starting eleven that finished in the bottom 10 in the league in pretty much all of the defensive stat categories. The colts will be looking to improve on their 25.5 points allowed per game and near 380 total yards allowed per game. With former pro bowlers in Robert Mathis, Vontae Davis and D'qwell Jackson, fans are hopeful that the colts will be able to get their act together this season/

The Buffalo Bills finished 8-8 in their first year under head coach Rex Ryan, and while fans were hopeful throughout the 2015 season, it ended with the familiar feeling of disappointment as the bills missed the playoffs for the 16th consecutive season, which is the longest active drought in the four major sports. Tyrod Taylor returns as the incumbent starter for the time being, with backups EJ Manuel and fourth-round draft pick Cardale Jones breathing down Taylor's neck during the preseason as playing time becomes more and more valuable. On the defensive side of the ball, the Bills put out a disappointing defensive showing by a Rex Ryan defense standard, finishing in the middle of the pack in most defensive categories. Rex Ryan prides himself on being a defensive master, and for his team to finish 15th in points allowed per game, 16th in rushing yards allowed per game and 19th in total yards allowed per game is almost unthinkable. Buffalo is hoping that with key pieces up front like nose tackle Marcell Dareus and defensive end Kyle Williams, they can crack the top 10 or even better, the top 5.

The Colts know who the majority of their starters are going to be week 1, barring any injuries. The Bills however have a few interesting position battles including what could be an intriguing battle for starting QB for week 1. In the end, Buffalo's backup QBs come out to show Tyrod Taylor that his position is anything but locked up, resulting in a Buffalo win and cover. I might take a look at the over too, as preseason games tend to light up the scoreboard once in a while.