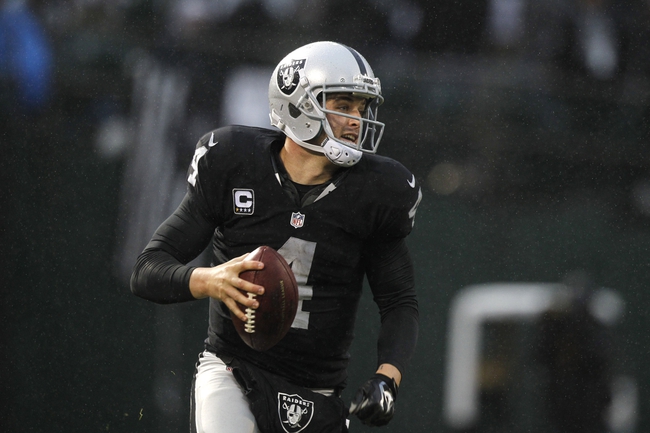 The Oakland Raiders look for a 2nd road win in as many weeks as they travel to Lambeau Field for a week 2 preseason date with the Green Bay Packers.

The Oakland Raiders had an impressive week 1 showing in Arizona as they dismantled the Cardinals 31-10, as Oakland scored 17 1st quarter points and never looked back. Projected starter David Carr was given two series, and finished 3-7 for 44 yards and was able to lead Oakland to a field goal. Backup Matt McGloin then took over the Raiders offense and led Oakland to back-to-back first quarter touchdowns after a pair of Arizona turnovers. The real surprise however, was 2014 undrafted free agent George Atkinson III, who put up 97 yards on 5 carries and 2 scores in an effort to prove he belongs on an NFL team this season. Oakland showed an impressive balance on Offense, putting up 166 yards on the ground and 156 yards through the air and it will be fun to watch to see if Oakland ca carry this over the rest of the preseason and into the regular season as the Raiders have the potential to shock the AFC West.

The Green Bay Packers were supposed to have their 3rd preseason game under their belt by now, however we’re all aware that isn’t the case due to the hall of fame game being cancelled due to a paint issue. Instead Green Bay enters its second preseason game after handling the Browns in week 1, 17-11, without starting QB Aaron Rodgers. Rodgers most likely wasn’t playing the hall of fame game, and probably wasn’t playing here either. Coach Mike McCarthy is waiting to see how his starting unit of linemen are progressing. If Rodgers doesn’t play, we may see undrafted backup option Joe Callahan take the majority of the snaps against Oakland. Callahan was good in his Packers debut, going 16-23 for 124 yards and a touchdown. We have yet to see or hear if any of the Packers injury-riddled receiving core will play on Thursday, as Jordy Nelson and Randall Cobb were out due to injuries, and I doubt we will see Nelson at all this preseason as he still recovers from a knee injury. Someone we won’t see is Jeff Janis, who broke his hand in practice last week and has no timetable for his return.

I like how Oakland came out firing against a good Arizona squad even if it was against their backups. Green Bay will be a contender during the regular season, but I’m just not sure how they will fare in another game if Aaron Rodgers doesn’t even play a single series. I think the game will be close in the end, however I’ll take Oakland and the points.