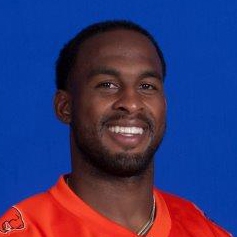 The Calgary Stampeders and BC Lions square off late Friday night at the BC Place on TSN.

The Calgary Stampeders hope to build on their impressive four-game winning streak. Bo Levi Mitchell is completing 65.4 percent of his passes for 2,194 yards, 12 touchdowns and four interceptions. Mitchell has four touchdowns in his last three games. Marquay McDaniel and Bakari Grant have combined for more than 800 receiving yards and four touchdowns while Anthony Parker has 25 receptions. The Calgary Stampeders ground game is averaging 94.4 yards per contest, and Jerome Messam leads the way with 431 yards and three touchdowns. Defensively, Calgary is allowing 21.7 points and 395.1 yards per game. Deron Mayo leads the Stampeders with 36 tackles, Charleston Hughes has six sacks and Tommie Campbell has two interceptions.

The BC Lions look to build on their impressive 5-2 record. Jonathon Jennings is completing 64.2 percent of his passes for 2,048 yards, 11 touchdowns and five interceptions. Jennings has seven passing touchdowns in his last three games. Emmanuel Arceneaux and Bryan Burnham have combined for more than 1,000 receiving yards and six touchdowns while Shawn Gore has 37 receptions. The BC Lions ground game is averaging 96.1 yards per contest, and Jeremiah Johnson leads the way with 256 yards and three touchdowns. Defensively, BC is allowing 24.7 points and 358.3 yards per game. Adam Bighill leads the Lions with 48 tackles, Alex Bazzie has six sacks and Loucheiz Purifoy has one interception.

These two clubs have played twice already and they've been decided by a combined five points. So, this game could go either way and expect another tight one. And while Calgary has beaten BC in six of the last seven meetings, I'm going to give the Lions the edge here simply becuase they're at home.