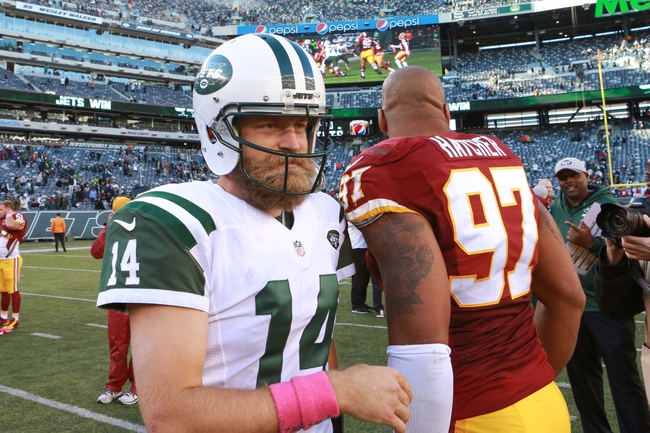 The New York Jets look to build on their 17-13 win over the Jacksonville Jaguars in their preseason opener as they take to the road to face off with the Washington Redskins on Friday.

The Jets head into this upcoming season with a high sense of optimism after they resigned quarterback Ryan Fitzpatrick, and while they still have some holes to address they should be competitive in the AFC East along with the Pats, Bills, and Dolphins. New York heads into DC to take on the Redskins in this one and they will likely see some substantial snaps from their first and second stringers as they look to improve on their preseason opener and while they are pretty set at the skill positions on offense they have some holes to fill on defense and we could see a couple of battles emerge in this game and beyond.

The Redskins meanwhile have officially moved from Robert Griffin and this is now Kirk Cousins’ team as he is playing under the franchise tag but is the clear cut number one options after having a solid breakout last season. Washington are the reigning division champions and they will be out to prove it was no fluke but the Cowboys have a healthy Tony Romo and the Giants made some significant roster moves so their chance at repeating will be tough but they are not short on talent either. Washington is coming off a 23-17 loss to the Atlanta Falcons in their preseason opener but they are at home here and should be in good shape to grab a victory if they can keep New York’s limited first string offense at bay.

The pick in this article is the opinion of the writer, not a Sports Chat Place site consensus.
Previous Pick
Montreal Alouettes vs. Ottawa Redblacks CFL Pick, Odds, Prediction - 8/19/16
Next Pick
Dallas Cowboys vs. Miami Dolphins - 8/19/16 NFL Pick, Odds, and Prediction