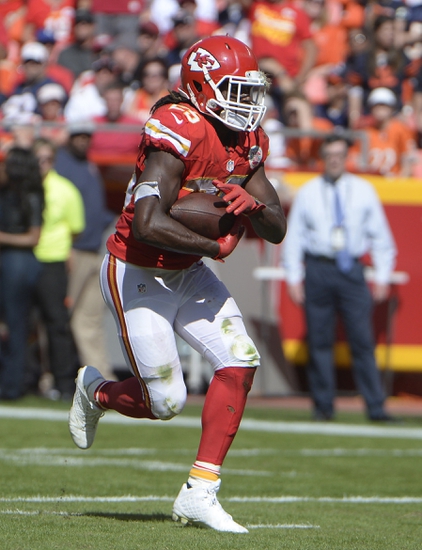 The Kansas City Chiefs make their appearance on Hard Knocks on Saturday as they face off against the Los Angeles Rams.

The Chiefs look to build on last season’s playoff berth as they are once again in the running as one of the best in the AFC but they will have some company this year in the division not only from the reigning Super Bowl champions from Denver but everyone’s up and coming dark horse in the Oakland Raiders. Kansas City lost a 17-16 heartbreaker to the Seattle Seahawks in their preseason opener at home and now take to the road for the second official game back in Los Angeles in what should be an electric atmosphere even if it is the preseason. KC has some starting positions up for grabs still and with the season just around the corner we could see some extended snaps from those competing for jobs and in a game that is expected to finish within a field goal that could be the difference.

The Rams meanwhile head into this year surrounded by a ton of fireworks as they officially launch the rebirth of the Los Angeles franchise but they will be in tough against two of the best from the NFC in the Seahawks and Cardinals. The Rams do have some nice pieces though as they drafted Jared Goff to pair with Todd Gurley and with a breakout season last year from the latter the Rams are hoping the same will happen for Goff who looks to be the guy heading into the season as he jockeys on the depth chart with Case Keenum.

The pick in this article is the opinion of the writer, not a Sports Chat Place site consensus.
Previous Pick
Houston Texans vs. New Orleans Saints - 8/20/16 NFL Pick, Odds, and Prediction
Next Pick
Top Ten Preseason Week 3 NFL Injuries