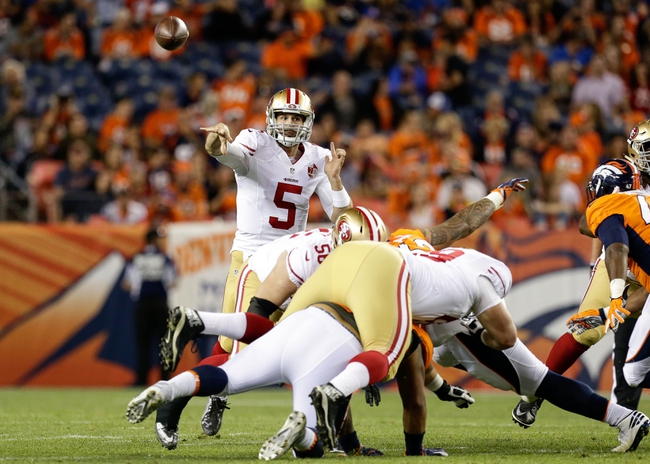 The Green Bay Packers improved to 2-0 in preseason ball after a 20-12 win over the Oakland Raiders. In yet another win, Brett Hundley led the way with 67 passing yards on five completions. Aaron Rodgers has yet to play in any of the preseason games. Davante Adams and John Crockett combined for 64 receiving yards on six catches while Geronimo Allison had one reception. The Green Bay Packers ground game averaged 3.6 yards per carry and Eddie Lacy led the charge with 45 yards and one touchdown. Defensively, Marwin Evans led the Packers with five tackles, Chris Banjo had one pass deflection and Kentrell Brice had one tackle for loss.

The San Francisco 49ers improved to 1-1 in preseason play after a 31-24 win over the Denver Broncos. In the victory, Christian Ponder led the way with 86 passing yards and one touchdown. Colin Kaepernick still has yet to play in the preseason and is questionable for this game. Devon Cajuste and Vance McDonald combined for 78 receiving yards on four receptions while Dres Anderson had one reception. The San Francisco 49ers ground game averaged 5.1 yards per carry and Kelvin Taylor led the charge with 47 yards on 10 carries. Defensively, Nick Bellore led the 49ers with five tackles, Marcus Rush had three sacks and Rashard Robinson had one pass deflection.

Even with this being the third preseason game and the starters are expected to get the bulk of the reps, this is still an experienced team with Super Bowl expectations. Limits will be put on their players. The 49ers are trying to prove themselves on both sides of the ball. Give me the points and home team.