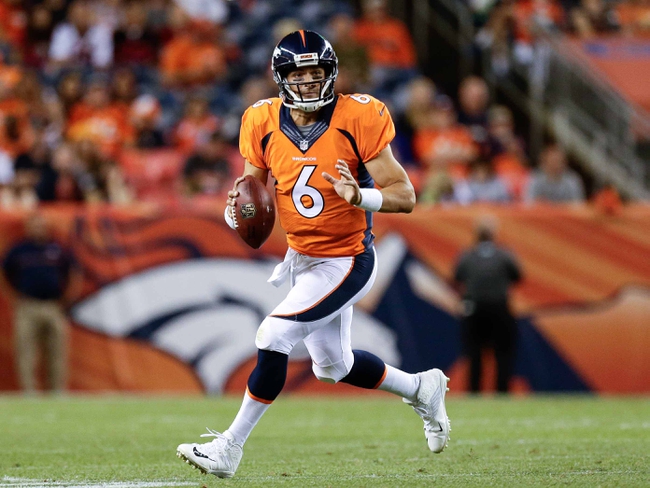 The Los Angeles Rams are off to a 2-0 preseason start after a 21-20 win over the Kansas City Chiefs. In the win, Jared Goff led the way with 82 passing yards and one touchdown. Goff looked sharp with eight completions on 12 passes and should see a lot of time in this contest. Kenny Britt and Brian Quick combined for 54 receiving yards on four catches while Temarrick Hemingway had one reception. The Los Angeles Rams ground game averaged 4.8 yards per carry and Malcolm Brown led the charge with 68 yards on 12 carries. Defensively, Marcus Roberson led the Rams with five tackles, Quinton Coples had one sack and Mike Jordan had two pass deflections.

The Denver Broncos dropped to 1-1 in preseason play after a 31-24 loss to the San Francisco 49ers. In the losing effort, Mark Sanchez led the way with 120 passing yards on 10 completions. Sanchez, who will start for Denver this year, will see majority of the reps in this contest. Virgil Green and Jordan Taylor combined for 93 receiving yards on seven catches while Henry Krieger-Coble had three receptions. The Denver Broncos ground game averaged five yards per carry and Devontae Booker led the charge with 36 yards on nine carries. Defensively, Shaquil Barrett led the Broncos with five tackles, Darnell Sankey had one tackle for loss and Dekoda Watson had one quarterback hit.

Betting on preseason is risky and is always a toss-up due to the constant players going in and out. That's why I like the side with the big points whenever I can get them. There's nothing about the Broncos or any team in preseason play that deserves a big number. I'll side with the 2-0 Rams and the five free points based on the value.