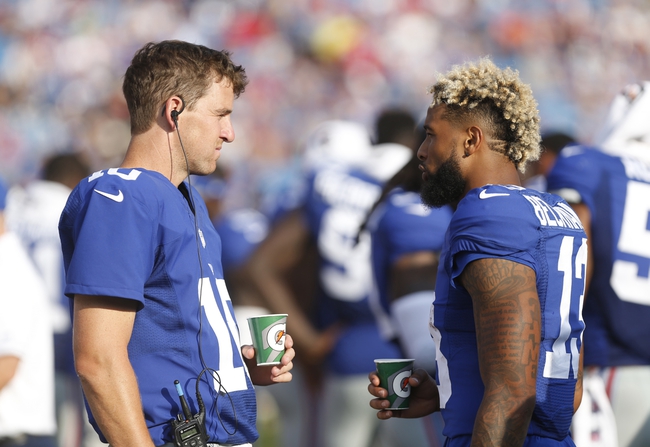 The New York Giants dropped to 0-2 in the preseason after a 21-0 loss to the Buffalo Bills. In the losing effort, Eli Manning led the way with 44 passing yards on four completions. Manning should handle the bulk of the reps in this contest after throwing just nine passes in the first two games. Odell Beckham Jr. and KJ Maye combined for 39 receiving yards on two catches while Will Tye had two receptions. The New York Giants ground game averaged 5.4 yards per carry and Bobby Rainey led the charge with 70 yards on two carries. Defensively, Landon Collins led the Giants with seven tackles, Janoris Jenkins had one sack and Jonathan Casillas had one pass deflection.

The New York Jets dropped to 1-1 in preseason play with a 22-18 loss to the Washington Redskins. In the losing effort, Bryce Petty led the way with 242 passing yards and two touchdowns. Ryan Fitzpatrick has thrown just nine passes in the first two games. Robby Anderson and Zach Sudfeld combined for 170 receiving yards and two touchdowns while Jalin Marshall had four receptions. The New York Jets ground game averaged 3.9 yards per carry and Bilal Powell led the charge with 23 yards on three carries. Defensively, Rontez Miles led the Jets with seven tackles, David Harris had one sack and Taiwan Jones had one pass deflection.

The Giants have gotten their boots smoked in two preseason games and Eli has little playing time under his belt in those games. The Jets have some solid depth on both sides of the ball and a quarterback in Fitzpatrick who is eager to prove he's worth his new contract. In a toss-up, I'll take the Jets even if it's more of a fade from the Giants than anything.