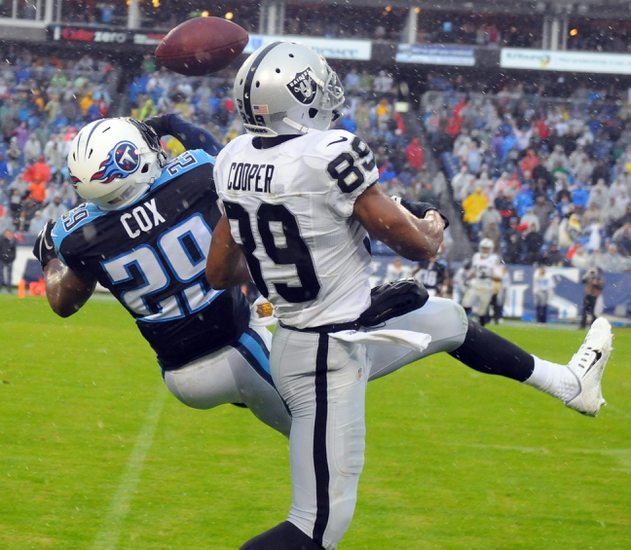 The Oakland Raiders and the Tennessee Titans face off on Saturday in Oakland in a week 2 NFL preseason match up.

The Oakland Raiders had a big win over the Arizona Cardinals in their week one game but in week 2 they lost in Green Bay to the Packers as they now play at home for the first time. The Raiders offense is averaging 21.5 points per game and 254.5 yards and they have a net zero turnover margin. Oakland QB Derek Carr has completed 12 of his 20 passes with two interceptions, Connor Cook has 13 completions in his 20 attempts, and Matt McGloin is 7 of 16 with two touchdowns. In the Raiders backfield DeAndre Washington has 51 yards in his 13 attempts, Latavius Murray has 40 yards on 10 attempts, and George Atkinson has 100 yards on 8 carries. In the Oakland passing game Seth Roberts has five receptions, Marvin Hall has 4 catches, and Michael Crabtree and Amari Cooper each have three catches. The Raiders defense is allowing 15 points and 320 yards per game with four sacks, a fumble recovery, and two interceptions. Korey Toomer leads the Raiders with 12 tackles, Corey James has nine tackles, and Sean Smith and Nate Allen each have seven tackles. Big things are expected from the Raiders this year and we should see what the starters are made of this week.

The Tennessee Titans started the preseason with a week one win against the San Diego Chargers and then they took the loss in week two to the Carolina Panthers. The Titans offense is averaging 21.5 points and 383.5 yards per game and they are minus two in turnover ratio. Titans starting QB Marcus Mariota has completed 14 of his 15 passes with a touchdown and an interception, Alex Tanney has completed 18 of his 27 passes, and Matt Cassel has completed 8 of his 12 passes. Derrick Henry leads the Tennessee rushing attack with 15 carries and 105 yards while DeMarco Murray has 113 yards on 11 carries. The Titans defense is allowing 18 points and 361.5 yards per game with two sacks, one fumble recovery, and two interceptions. Kevin Beard and Kalan Reed lead Tennessee with seven tackles each and Curtis Grant has 8 tackles. The Titans look to be improved this season but the jury is out on how improved they will be.

These are two teams where the offenses look to be ahead of the defenses and I expect plenty of scoring and for this one to go over the point spread.