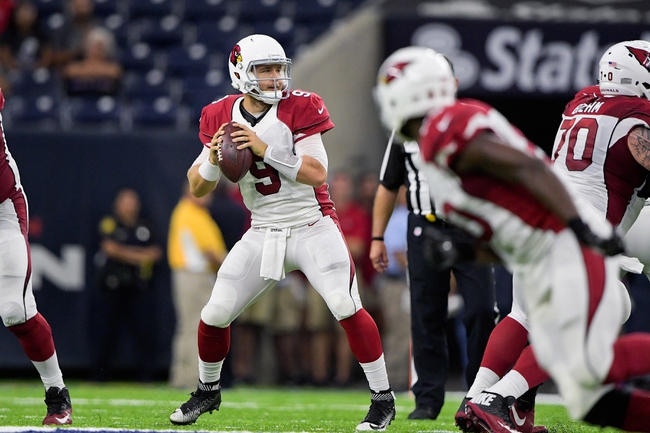 The Denver Broncos and Arizona Cardinals end their preseason Thursday night at U of Phoenix Stadium.

The Denver Broncos have won two preseason games by a combined 30 points. In the 17-9 victory over the Los Angeles Rams, Trevor Siemian led the way with 122 passing yards and one touchdown. Siemian and Paxton Lynch are sure to get majority of the reps in this game with the starters not playing. Demaryius Thomas and Emmanuel Sanders combined for 108 receiving yards on seven catches while Devontae Booker had one reception. The Denver Broncos ground game averaged 3.6 yards per carry and C.J. Anderson led the charge with 50 yards on 11 carries. Defensively, Zaire Anderson led the Broncos with seven tackles, Dekoda Watson had 2.5 sacks and T.J. Ward had one pass deflection.

The Arizona Cardinals need a win here in order to prevent a winless preseason. In the 34-24 loss to the Houston Texans, Matt Barkley led the way with 162 passing yards and two touchdowns. Barkley and Drew Stanton are sure to get majority of the reps in this game with the starters not playing. Brittan Golden and Chris Hubert combined for 152 receiving yards and one touchdown while Darren Fells had two receptions. The Arizona Cardinals ground game averaged 4.6 yards per carry and Stepfan Taylor led the charge with 31 yards on eight carries. Defensively, Kevin Minter led the Cardinals with three tackles, Chandler Jones had one sack and Alani Fua had one pass deflection.

It's very hard to predict the last week of the preseason with zero starters playing. So, any time you can get a big number, you should consider taking it. Arizona, a team that has yet to win a preseason game, shouldn't be getting this line. Give me the points.