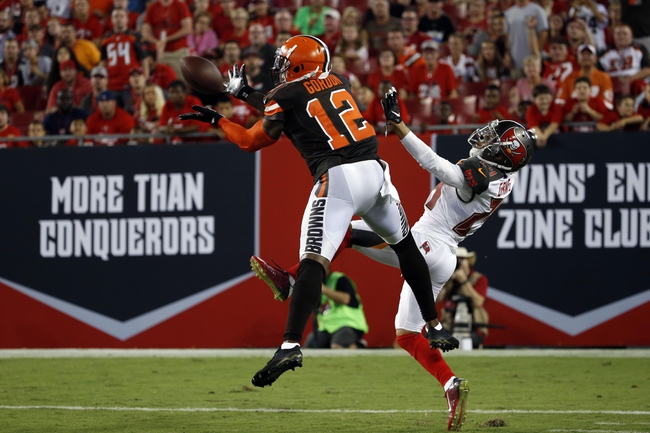 Two winless teams look to end the preseason on a high note as the Cleveland Browns host the Chicago Bears on Thursday.

Chicago lost their third straight preseason game, dropping a 23-7 decision at the hands of the Kansas City Chiefs last Saturday. Jay Cutler got the start for the bears, and completed 6-15 for 45 yards and backup Brian Hoyer went 8-17 for 71 yards. The big story of the game however was the gruesome injury to third-string QB Connor Shaw who suffered a broken right leg from a low hit from Chiefs defensive lineman Rakeem Nunez-Roches, which has led to some speculation that Shaw could miss the entire 2016 season. The Bears were flat out awful on the ground, putting up a mere 59 yards on 19 carries. Alshon Jeffery caught 2 passes for 18 yards while Cameron Meredith led the way for the bears receiving crew, hauling in 4 passes for 64 yards and a touchdown. The Bears had a decent night on the defensive end in the loss, putting up two sacks, an interception and forcing a fumble off of Chiefs running back Anthony Sherman.

The Cleveland Browns also dropped their third consecutive preseason game, in the form of a 30-13 defeat to the Tampa Bay Buccaneers last Friday. Robert Griffin III led the air attack for Cleveland, completing 8-14 for 119 yards and a touchdown before making way for backup Josh McCown who went 6-11 for 65 yards. Isaiah Crowell further cemented himself as the Browns’ week 1 starter in the backfield, using his 8 carries to put up 39 yards to lead Cleveland on the ground who as a team registered 81 yards on 23 carries. Josh Gordon appears to be back and ready to make an impact after hauling in 2 passes for 87 yards including a 43-yard touchdown pass from RGIII. The Browns had a quiet night on the defensive front, only forcing a single fumble.

I don’t want to touch the spread as if I take Cleveland, Chicago will cover, if I take Chicago, Cleveland will blow the roof off of their house. Instead I’ll take the under, as neither team has shown me that they know how to find the end zone this preseason.