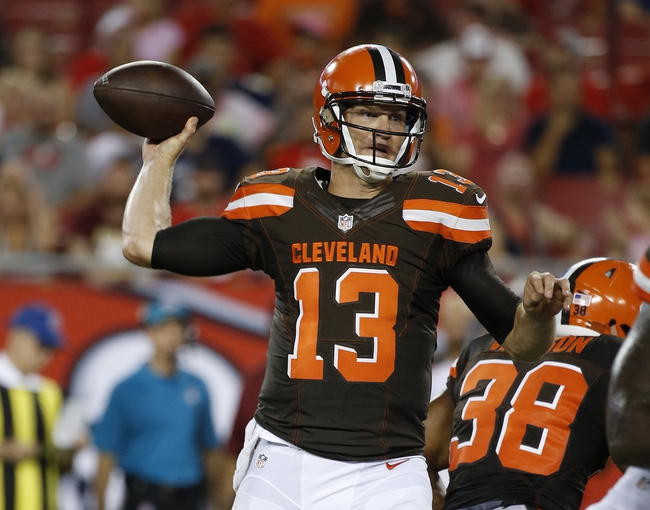 The Chicago Bears are still looking for their first preseason win after a loss to the Kansas City Chiefs. In the 23-7 loss, Brian Hoyer led the way with 71 passing yards on eight completions. Hoyer and Connor Shaw are sure to get majority of the reps in this game with the starters not playing. Cameron Meredith and Joshua Bellamy combined for 102 receiving yards and one touchdown while Alshon Jeffery had two receptions. The Chicago Bears ground game averaged 3.1 yards per carry and Jeremy Langford led the charge with 17 yards on six carries. Defensively, Harold Jones-Quartey led the Bears with six tackles, Jonathan Bullard had one sack and Jerrell Freeman had one pass deflection.

The Cleveland Browns are also searching for their first win after a loss to the Tampa Bay Buccaneers. In the 30-13 loss, Robert Griffin led the way with 119 passing yards and one touchdown. Josh McCown is sure to get majority of the reps in this game with the starters not playing. Josh Gordon and Taylor Gabriel combined for 147 receiving yards and one touchdown while Terrelle Pryor had two receptions. The Cleveland Browns ground game averaged 3.5 yards per carry and Isaiah Crowell led the charge with 39 yards on eight carries Defensively, Tracy Howard led the Browns with six tackles, Justin Tuggle had one tackle for loss and Eric Patterson had one pass deflection.

In a matchup where neither team has won a preseason game, you're probably better off siding with the points. Neither one of these clubs has shown much in terms of getting a victory, so I'll take the points where I can. Not to mention having Hoyer at backup QB helps Chicago.