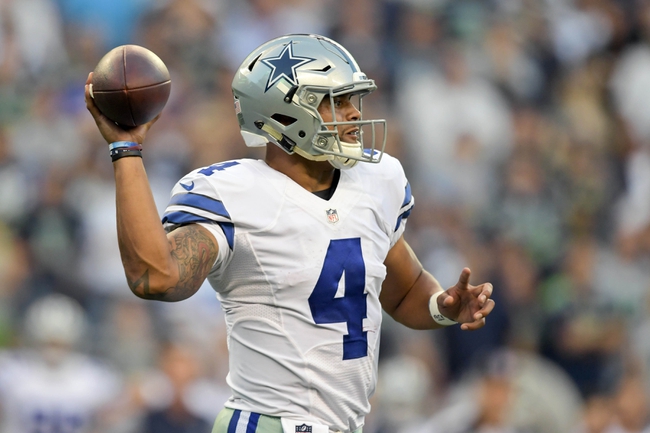 The Houston Texans look to finish the preseason undefeated after beating the Arizona Cardinals. In a 34-24 victory, Brock Osweiler led the way with 146 passing yards and one touchdown. Backup Tom Savage is likely going to get the bulk of the reps with the starters out. Will Fuller and Keith Mumphery combined for 98 receiving yards and one touchdown while DeAndre Hopkins had two receptions. The Houston Texans ground game averaged 2.1 yards per carry and Alfred Blue led the charge with 17 yards on six carries. Defensively, KJ Dillon led the Texans with nine tackles, Brennan Scarlett had two sacks and Charles James II had one pass deflection.

The Dallas Cowboys can finish the preseason with a .500 record if they can win this game. In a 27-17 loss to the Seattle Seahawks, Dak Prescott led the way with 117 passing yards and one touchdown. Prescott is likely going to get the ball here as well with Tony Romo out with injury. Rondey Smith and Cole Beasley combined for 62 receiving yards and one touchdown while Vince Mayle had two receptions. The Dallas Cowboys ground game averaged 5.7 yards per carry and Ezekiel Elliott led the charge with 48 yards on seven carries. Defensively, Anthony Brown led the Cowboys with eight tackles, Lawrence Okoye had one sack and Morris Claiborne had one pass deflection.

There's a chance Prescott is going to play in this game given the news about Romo and him now being pegged the starter. If that's the case, you have to love the Cowboys here with the way he's played all preseason. I like Dallas here in this toss up game.