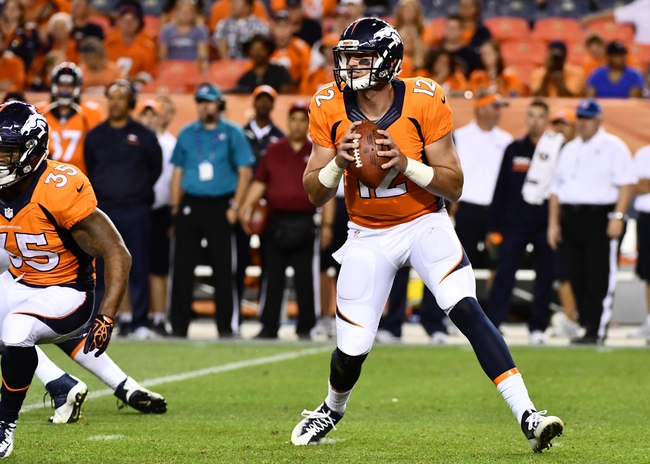 The Denver Broncos and Arizona Cardinals meet up on Thursday night as both teams look to end the preseason on a winning note.

The Broncos had no trouble holding off the Los Angeles Rams in a preseason show down in Denver last week but they have their work cut out for them here as they take to the road to face off against the Arizona Cardinals. Denver is in the midst of finalizing some pivotal positions heading into the regular season and while they have settled on Trevor Siemian as the team’s starting quarterback there is still the idea of who is going to be running the ball and what order their receivers will check in at. The Broncos still possess one of the league’s best defenses despite losing both Malik Jackson and Danny Trevathan and with so much uncertainty with Siemian calling the shots they are going to have to rely on their defense once again to win them football games.

The Cardinals meanwhile are the team many expect to represent the NFC in the Super Bowl this season and look like the most complete team in the league as they are loaded on both sides of the ball. Arizona is led by Carson Palmer, Michael Floyd, John Brown, and Larry Fitzgerald through the air but perhaps the biggest x-factor of this team is the emergence of David Johnson as the team’s starting running back and with the physicality he runs with he is getting praised as one of the top young backs in the NFL. Last week, the Cards dropped their preseason tilt with the Houston Texans but in this one they return home and catch the Broncos who have been pretty underwhelming offensively.