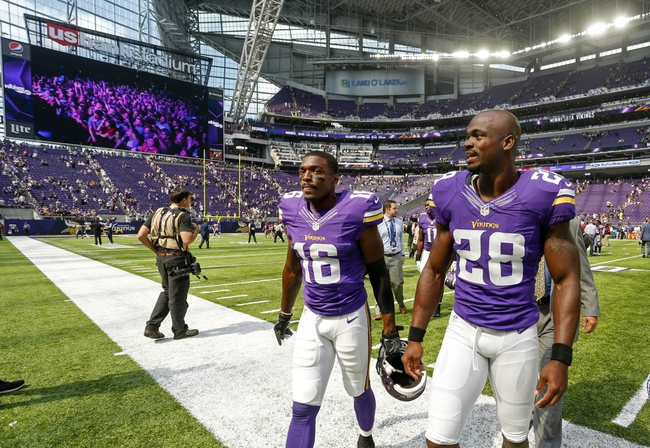 The Minnesota Vikings begin life without Teddy Bridgewater in their preseason finale on Thursday as they welcome the LA Rams to town.

The Rams head into Minnesota looking to get their offense rolling before the season opens next week and while it is clear that this is Todd Gurley’s team now in terms of workload they do have some other candidates who are capable of alleviating some pressure and that is namely in the form of Tavon Austin. However, the quarterback situation remains a bit of a mess for the Rams as it is not known whether Jared Goff will be in line to start behind center or whether that distinction belongs to Case Keenum but either way that will be a cause for concern for the Rams as they have to deal with two of the league’s best defenses on the regular as they are in the NFC West with the Cardinals and Seahawks. The Rams were woeful in their game last week but have a great chance at a win here against a Vikings side that is pretty well set on defense and has most of their first string offense set as well, with the exception of who will now play quarterback.

The Vikings, and specifically starting quarterback Teddy Bridgewater, suffered a huge blow this week in a non contact injury that totally decimated his knee and he will be out for the season, leaving the Vikes in a bind as they aim to fill the void left by the former Louisville Cardinal. Currently, the job belongs to journeyman backup Shaun Hill who has shown flashes in his career but he is certainly not a quarterback of a potential Super Bowl winning team and you can be sure they have sought out other options including a potential trade with the Broncos for Mark Sanchez. The Vikings have a stout defense, a top three running back, and an underrated receiving corps that now includes Laquon Treadwell but the loss of Bridgewater is huge as it completely changes the dynamic of this offense.

Los Angeles is 1-4-1 in their last six road games and 2-5 ATS in their last seven Thursday games while the Vikings are 37-17 in their last 54 games ATS and 21-8 ATS in their last 29 against the NFC. The Rams need this game to gain some momentum and with the Bridgewater injury fresh in their minds I don’t see Minnesota putting out anyone who could get hurt in this one. Rams take it.