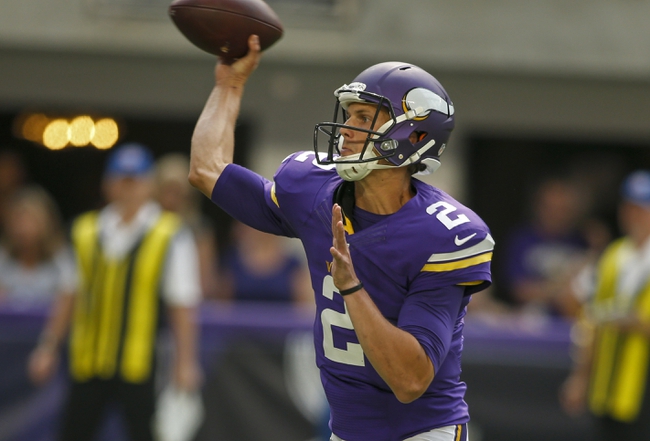 The Los Angeles Rams have won two preseason games by a combined five points. In the 17-9 loss to the Denver Broncos, Case Keenum led the way with 77 passing yards on eight completions. Sean Mannion and Jared Goff are sure to get majority of the reps in this game with the starters not playing. Lance Kendricks and Kenny Britt combined for 56 receiving yards on five catches while Pharoh Cooper had one reception. The Los Angeles Rams ground game averaged 5.8 yards per carry and Terrence Magee led the charge with 78 yards on three carries. Defensively, Coty Sensabaugh led the Rams with five tackles, Matt Longacre had one tackle for loss and Cory Littleton had one pass deflection.

The Minnesota Vikings have a chance to finish the preseason with an undefeated record. In the 23-10 victory over the San Diego Chargers, Teddy Bridgewater led the way with 161 passing yards and one touchdown. Joel Stave and Shaun Hill are sure to get majority of the reps in this game with the starters not playing. Stefon Diggs and Kyle Rudolph combined for 127 receiving yards and one touchdown while Jarius Wright had one reception. The Minnesota Vikings ground game averaged 3.9 yards per carry and Jerick McKinnon led the charge with 56 yards on eight carries. Defensively, Justin Trattou led the Vikings with five tackles, Emmanuel Lamur had one tackle for loss and Jayron Kearse had two pass deflections.

The Rams have won games in tight fashion and now have a bunch of inexperienced quarterbacks leading the way here. The Vikings have experience in Hill to move the ball a bit. I hate big chalk in preseason games, but the Vikings should be able to finish undefeated in exibition play.