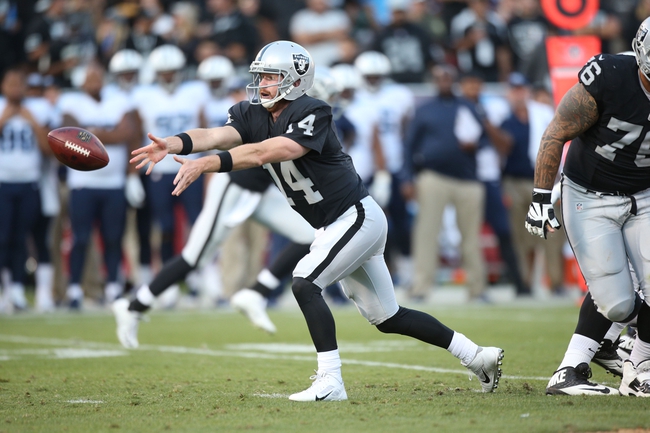 The Seattle Seahawks and Oakland Raiders end their preseason Thursday night at the Oakland Coliseum.

The Seattle Seahawks look to build on their 2-1 preseason record after beating the Dallas Cowboys. In a 27-17 victory, Russell Wilson led the way with 192 passing yards and two touchdowns. Backup Trevone Boykin is likely going to get the bulk of the reps with the starters out. Tanner McEvoy and Tyler Lockett combined for 84 receiving yards and one touchdown while Jermaine Kearse had three receptions. The Seattle Seahawks ground game averaged 5.5 yards per carry and Christine Michael led the charge with 58 yards on seven carries. Defensively, Bobby Wagner led the Seahawks with seven tackles, Steven Terrell had one sack and Kelcie McCray had one pass deflection.

The Oakland Raiders look to bounce back after suffering back-to-back preseason losses. In a 27-14 loss to the Tennessee Titans, Derek Carr led the way with 169 passing yards and two touchdowns. Backup Matt McGloin is likely going to get the bulk of the reps with the starters out. K.J. Brent and Johnny Holton combined for 108 receiving yards on six catches while Amari Cooper had three receptions. The Oakland Raiders ground game averaged six yards per carry and DeAndre Washington led the charge with 55 yards on eight carries. Defensively, Malcolm Smith led the Raiders with seven tackles, Branden Jackson had one sack and David Amerson had one pass deflection.

The Raiders have a very experienced backup quarterback in McGloin and have a youthful roster overall where a lot of guys are fighting for key backup roles. The Seahawks are pretty much stuck in their ways and don't have a ton of comp in the backup roles. I'll take the small line and the home team.