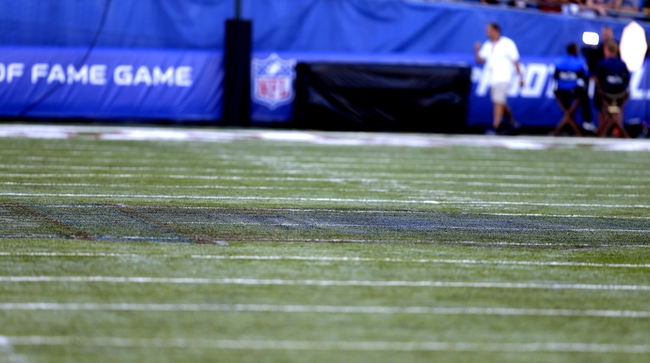 The Ottawa Redblacks are desperate for a win after losing four of their last five games. Henry Burris is completing 66.7 percent of his passes for 1,132 yards, six touchdowns and five interception. Burris has five touchdown passes in his last three games. Chris Williams and Greg Ellingson have combined for more than 1,600 receiving yards and nine touchdowns while Brad Sinopoli has 45 receptions. The Ottawa Redblacks ground game is averaging 84.7 yards per contest, and Nicholas Grigsby leads the way with 265 yards and one touchdown. Defensively, Ottawa is allowing 26.8 points and 382.8 yards per game. Damaso Munoz leads the Redblacks with 36 tackles, Zack Evans has five sacks and Abdul Kanneh has one interception.

The Montreal Alouettes also need a victory after losing six of their last eight games. Kevin Glenn is completing 71.5 percent of his passes for 2,342 yards, 12 touchdowns and nine interceptions. Glenn has thrown six touchdowns in his last three games. Duron Carter and Nik Lewis have combined for more than 1,200 receiving yards and six touchdowns while B.J. Cunningham has 34 receptions. The Montreal Alouettes ground game is averaging 70.7 yards per contest, and Brandon Rutley leads the way with 265 yards and one touchdown. Defensively, Montreal is allowing 24.2 points and 381.4 yards per game. Bear Woods leads the Alouettes with 66 tackles, John Bowman has four sacks and Billy Parker has two interceptions.

Both of these clubs are struggling right now, so this game could go either way. However, Montreal blew the doors off Ottawa earlier in the season on the road. We're also getting the Alouettes at home as a slight dog. I'll take it given the way both teams have looked recently.