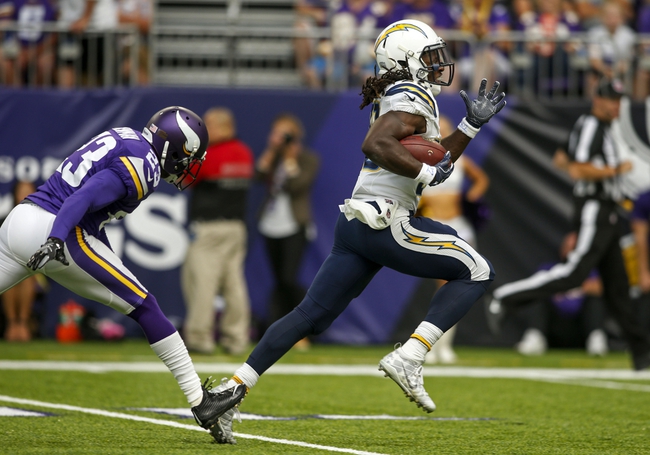 The San Francisco 49ers make the drive down I-5 to Qualcomm stadium to take on the San Diego Chargers to close out the 2016 NFL preseason.

The San Francisco 49ers fell to 1-2 after dropping a 21-10 decision to the visiting Green Bay Packers last Friday. Colin Kaepernick, who is still dealing with the public outcry after “anthemgate,” got the start and put up a miniscule 14 yards on 2-6 passing. Fourth-stringer Jeff Driskel led the way for the 49ers through the air,going 4-8 for 43 yards. The Niners made up for their lack of aerial offense with a balanced game on the ground, as San Fran put up 134 yards on 24 carries with Carlos Hyde leading the way with 30 yards on 4 carries. Only 6 different receivers caught a pass for the 49ers, but that’s to be expected when your whole QB core completes only 9 passes the entire game, however Blake Bell managed to lead the team in receiving Friday with 25 yards on his 2 receptions. San Francisco spent two thirds of the game on defense, and only had 3 sacks to show for their efforts, something they will want to improve on if they don’t want to get in too deep of a hole to start the season.

The San Diego Chargers also fell to 1-2 with a 23-10 loss to the Minnesota Vikings. Philip Rivers got the start for San Diego, completing 5 of his 9 attempts for 54 yards and an interception, before making way for backup Kellen Clemens who went 9-15 for 77 yards. Melvin Gordon further cemented his spot atop the depth chart at the running back position, making the most of his 4 carries, putting up 51 yards including a 39-yard scamper for San Diego’s only touchdown of the game. Rasheed Bailey led the San Diego receiving core with 37 yards on 2 receptions, while James Jones is making his way into the Chargers receiving unit hauling in 2 passes of his own for 21 yards. San Diego had a spectacular night on defense even in defeat, registering 5 sacks, while forcing 4 fumbles and recovering one of them.

The line has dropped again in this one and I’m taking it as a gift with the Chargers. San Francisco is a trainwreck heading into the season, especially with all the antics with Colin Kaepernick and the national anthem stuff. I don’t care what anyone says, that kind of stuff makes it’s way into the locker room and it is a distraction. San Diego is focused and ready for the season to start and will tee off on San Fran in a warmup for week 1.

Lay the points with the Chargers.