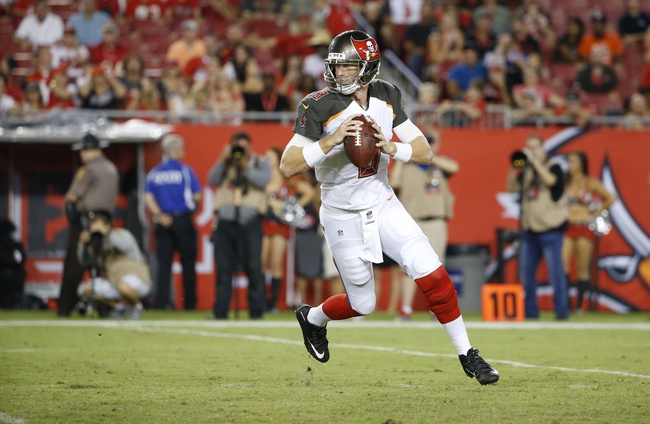 The Washington Redskins have won two preseason games by a combined eight points. In the 21-16 victory over the Buffalo Bills, Kirk Cousins led the way with 188 passing yards and three touchdowns. Colt McCoy is sure to get majority of the reps in this game with the starters not playing. DeSean Jackson and Vernon Davis combined for 98 receiving yards on seven catches while Ryan Grant had one reception. The Washington Redskins ground game averaged three yards per carry and Robert Kelley led the charge with 51 yards on 12 carries. Defensively, Will Blackmon led the Redskins with six tackles, Ziggy Hood had one sack and Kendall Fuller had two pass deflections.

The Tampa Bay Buccaneers have won two preseason games by a combined 23 points. In the 30-13 victory over the Cleveland Browns, Jameis Winston led the way with 259 passing yards and two touchdowns. Mike Glennon is sure to get majority of the reps in this game with the starters not playing. Mike Evans and Vincent Jackson combined for 190 receiving yards and one touchdown while Adam Humphries had two receptions. The Tampa Bay Buccaneers ground game averaged 2.4 yards per carry and Russell Hansbrough led the charge with 27 yards on nine carries. Defensively, Kwon Alexander led the Buccaneers with seven tackles, Noah Spence had one sack and Lavonte David had one pass deflection.

The Bucs have a talented backup quarterback who will play majority of this game, while the Redskins, well, they have McCoy. Washington has also had trouble putting teams away this preseason while Tampa has beat up teams in the games its won. Give me the home team and reasonable line.

The pick in this article is the opinion of the writer, not a Sports Chat Place site consensus.
Previous Pick
BC Lions vs. Toronto Argonauts CFL Pick, Odds, Prediction - 8/31/16
Next Pick
Miami Dolphins vs. Tennessee Titans - 9/1/16 NFL Pick, Odds, and Prediction