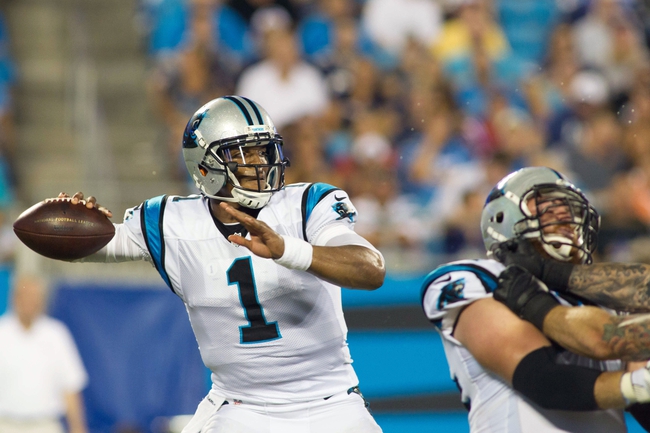 The Denver Broncos begin their Super Bowl defense at home against the Carolina Panthers in a rematch from last year’s championship show down on Thursday night.

The Panthers will look to avenge last year’s Super Bowl loss to the Denver Broncos when the two sides kick off the 2016-17 NFL season at Sports Authority Field at Mile High in Denver in what should be a very raucous crowd. The Cats welcome back Kelvin Benjamin who was sidelined for all of last season and he will be a huge part of this Panthers offense and will slide right back into the WR1 role opposite the likes of Devin Funchess and Ted Ginn and will provide another reliable option through the air for Cam Newton. Carolina did lose Josh Norman after rescinding his franchise tag and he has since moved to the Washington Redskins, but the Panthers defense will still be very solid anchored by Luke Keuchly and against a Denver offense that is starting Trevor Siemian they should be able to make their presence felt.

The Broncos meanwhile are still expected to do some damage in the AFC West this season despite some significant losses on both sides of the ball as Peyton Manning retired, and both Malik Jackson and Danny Trevathan left via free agency and while the bulk of the Denver defense is back there are some question marks on offense. The Broncos will look to keep Cam Newton and the Panthers offense off the field and to do so they are going to have to establish the run with CJ Anderson and while he is certainly capable of doing so he hasn’t been able to be the bell cow the team had hoped last season and his durability is a concern.

The pick in this article is the opinion of the writer, not a Sports Chat Place site consensus.
Previous Pick
Week 1 NFL Survivor Pool Picks
Next Pick
Seattle Seahawks vs. Miami Dolphins - 9/11/16 NFL Pick, Odds, and Prediction