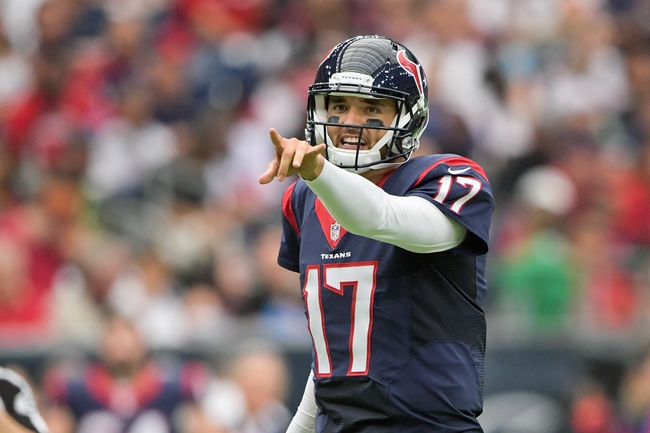 Coming up on Sunday, September 11 from NRG Stadium, the Chicago Bears and the Houston Texans will kick off their NFL seasons in a Week 1 inter-conference matchup.

Chicago is coming off another disappointing season in the NFC North, going 6-10 and finishing in the basement of the division. Head coach John Fox returns once again for his second season and will be looking to at least show some form of improvement over last season.

The Bears will look a little bit different on offense this season, but all of the faces are familiar. QB Jay Cutler is back following a season that featured 3659 yards and 21 touchdowns. Lead WR Alshon Jeffery returns as well after his 54 receptions for 807 yards and four scores for the Bears. Fellow WR Kevin White will start on the other side, and he’ll have a lot to prove after an injury-marred pro career so far. The one noteworthy absence is Matt Forte, who is now with the Jets. Jeremy Langford will step in as Chicago’s primary RB, and it remains to be seen if he can come anywhere near carrying the offensive load that Forte did throughout his Bears career. Look for TE Zach Miller to have a big year helping to bridge the proverbial gap.

Chicago also needs to make some huge improvements on defense after allowing 345.4 yards per game in 2015. That total also includes 24.8 points per game allowed and a big 44.3 third down conversion percentage for their opponents.

Over on the other side, Houston is coming off a 9-7 season that somehow was good enough to win the AFC South. The Texans were bounced out of the playoffs in the Wild Card round, however, getting drubbed 30-0 by the Chiefs.

Houston has long had troubles at QB (and offense in general), and they may have found their answer this year in ex-Bronco Brock Osweiler. Last year when filling in for Peyton Manning, Osweiler collected 1,967 yards with 10 touchdowns and a pretty nice 7.15-yard average per passing play. The Texans also have a new face at RB in Lamar Miller, who comes over after logging 872 yards on 194 carries last season in Miami.

Defense is where the Texans hang their hats, and they were solid enough on that side of the ball last season. In 2015, Houston allowed an average of 310.2 yards per game, a total which includes just 99.8 rushing yards allowed on average. The Texans also held their opponents to 19.6 PPG and a 28.5 percent third down conversion rate.

Chicago comes into the season flailing, and will take some time finding their identities on both sides of the ball. Houston, however, seems to be a team on the rise (on paper at least) and should be respectable once again this year. I’m taking the Texans all the way here.

The pick in this article is the opinion of the writer, not a Sports Chat Place site consensus.
Previous Pick
Oakland Raiders vs. Seattle Seahawks - 9/1/16 NFL Pick, Odds, and Prediction
Next Pick
Toronto Argonauts vs. Hamilton Tiger-Cats CFL Pick, Odds, Prediction - 9/5/16