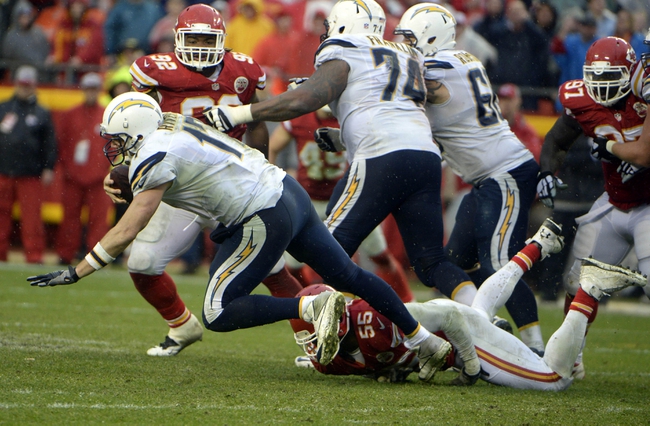 The San Diego Chargers have nowhere to go but up after winning just four games last season and finishing last in the AFC West. the good news for the Chargers is that Philip Rivers is the quarterback and is still capable of producing at a high level. Having healthy weapons around him in receivers Keenan Allen and Travis Benjamin will go a long way as well. It also wouldn’t hurt if running back Melvin Gordon could find the endzone once in awhile after failing to score on 184 carries. Defensively, the San Diego Chargers finished last season ranked 21st in total yards allowed and 23rd in scoring defense. Melvin Ingram hopes to build on his double-digit sack performance and young linebacker Denzel Perryman has a chance to be special.

The Kansas City Chiefs have won 31 games in three seasons under Andy Reid and hope they can take that next big step. Offensively, the Chiefs are still a question mark as long as running back Jamaal Charles remain questionable due to recovering from last years ACL injury. Tight end Travis Kelce and wide receiver Jeremy Maclin are playmakers, but the Chiefs really get going when Charles is on the field breaking off big runs. Defensively, the Kansas City Chiefs finished last season ranked seventh in total yards allowed and third in scoring defense. Missing Justin Houston for a while will hurt the defense, but Marcus Peters, Eric Berry and Ron Parker make for a hell of a secondary.

I'm not sure it's smart to lay a big number when Kansas City doesn't know if Charles is going to play or not. Also, three of the last five meetings between these teams have been decided by seven or less points. San Diego usually plays the ACF West tough. No strong feeling on this one, but if forced to pick, I see value on the Chargers and the free touchdown.