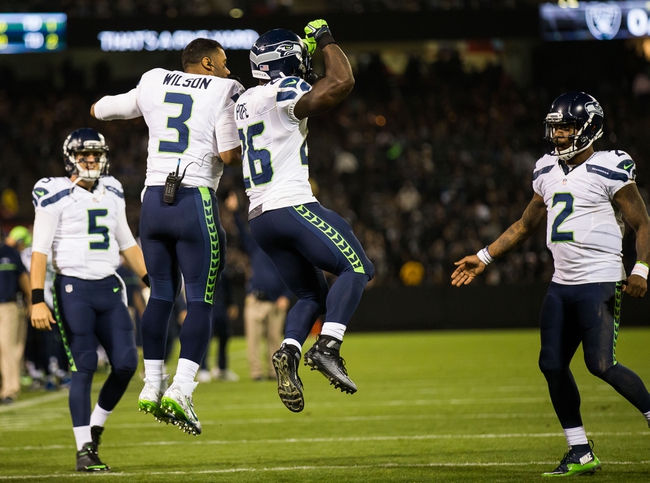 The Seattle Seahawks look to kick things off on a winning note as they welcome the Miami Dolphins to Century Link for week one action.

The Dolphins have the unenviable task of taking to the road to face off against the Seattle Seahawks in week one which is a task no team wants to do in any circumstance, let alone for a cross country trip to start the season. Miami head into this season at a franchise crossroads as many expect this to be a make or break type of season for Ryan Tannehill, and while he has played considerably well in his young career the team hasn’t been able to achieve success and time could be running out. The Dolphins signed the oft-injured yet super talented Arian Foster to be their starting running back and he will likely split carries with Jay Ajayi and the aerial attack is led by Jarvis Landry and Devante Parker who should combine for a pretty successful season. Defensively, the Fins are pretty old as the likes of Mario Williams, Ndamukong Suh, and Kiko Alonso will be called upon to anchor the unit but all three are still capable play makers and should give a veteran leadership to a group that has big question marks in the secondary beyond Byron Maxwell.

The Seahawks meanwhile remain one of the NFL’s elite and while they too have lost some key players from years gone by they are still a formidable opponent and should be treated as a Super Bowl contender once again. Seattle is led by Russell Wilson, Doug Baldwin, Tyler Lockett, and the tandem of Thomas Rawls and Christine Michael in the back field for an offensive unit that doesn’t look flashy on paper but is certainly capable of getting the job done as we saw last year. Defensively, the Hawks remain one of the league’s best led by a ferocious secondary that includes Richard Sherman, Kam Chancellor, and Earl Thomas plus Michael Bennett and Cliff Avril on the line. Seattle is always a tough out at home and against a soft Miami defense that was woeful against the run last year they will be out for a feast in this one.