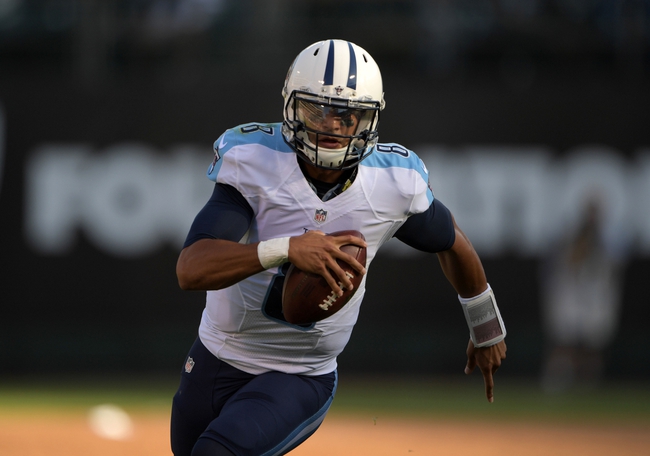 On Sunday, September 11 in Week 1 NFL action, the Minnesota Vikings will travel to LP Field to take on the Tennessee Titans.

The Vikings are much-improved these days, and are coming off an NFC North division championship with a nice 11-5 record. Minnesota fell in the Wild Card game to the Seahawks 10-9, however.

Minnesota will look pretty familiar on offense this season. Teddy Bridgewater is back at QB after throwing for 3,231 yards and 14 touchdowns last season. Bridgewater’s key targets include speedy second-year man Stefon Diggs (52 catches; 720 yards in 2015) and reliable TE Kyle Rudolph (49 receptions; 495 yards in 2015). Adrian Peterson, of course, is back as the team’s lead RB. Peterson managed to put up 1,485 yards and 11 touchdowns on 327 attempts last season, and the Vikings will be relying on him heavily as usual this season.

On the other side of the field, the Titans posted a wimpy 3-13 record last year, putting them in the cellar of the AFC South. Their horrid start led to the firing of coach Ken Whisenhunt, who is replaced this year by Mike Mularkey.

On paper, the Titans appear to have improved themselves a bit on offense. The young and promising Marcus Mariota is back under center, following his 2,818 yards and 19 touchdowns last season. Mariota will  have a couple of reliable targets to throw to in Rishard Matthews and Delanie Walker, as well as the addition of DeMarco Murray at RB. Murray logged just 702 yards on 193 attempts last season, but figures to be the focal point of the Tennessee offense as the team takes on a ground-and-pound approach to the game.

The two stats that stick out defensively for the Titans last season are points allowed (26.4 average) and opponents’ third-down conversion rate (42.6 percent average). Tennessee really needs to focus on keeping their offense on the field if they’re going to be successful.

With a couple of young quarterbacks on the field and a run-first approach from both teams, I don’t see a high-scoring game here. I’ll take the under, and give a winning edge to the Vikings.