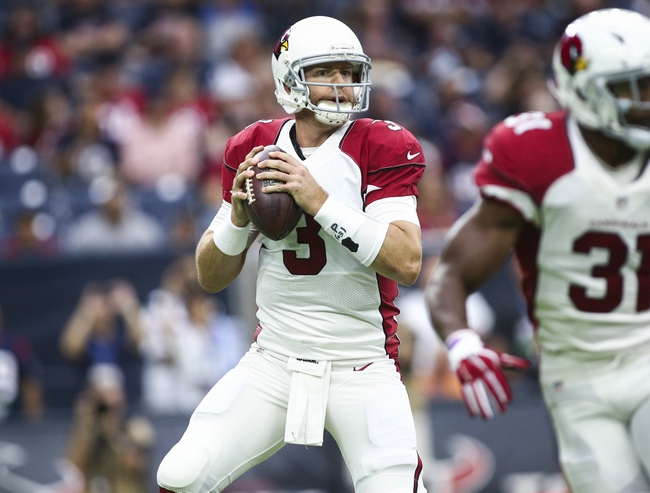 The New England Patriots look for the upset victory on the road as they take on the Arizona Cardinals in a battle of Super Bowl contenders.

The Patriots have a tough start to the season as they have to play on the road against one of the best teams in football and they have to do it without two of the best players in the NFC as Tom Brady is suspended and Rob Gronkowski is out with a hamstring injury. The Pats will turn to Jimmy Garoppolo behind center and will do so until Brady returns while Martellus Bennett will fill in for Gronk for at least the first week before moving to double tight end sets, but in a game where they will face constant pressure from the Arizona defensive front four, and have to be cautious through the air thanks to the ball hawking secondary of the Cards it might be a tough evening for the Patriots offense. New England though has had weeks to prepare for this game and giving Bill Belichick ample time to prepare it doesn’t usually end well for the opposition so this could be a closer game than people expect.

The Cardinals meanwhile head into their season opener operating with a clean bill of health and will be out to prove they belong in the discussion of the league’s elite in what is certainly a Super Bowl or bust type of season for them. Arizona is loaded across the board as they have one of the best young running backs in football in David Johnson, a very serviceable Carson Palmer behind center, and a receiving tandem that includes Michael Floyd, John Brown, and Larry Fitzgerald. Defensively, the Cards are led by Tyrann Mathieu and Patrick Peterson in the secondary and New England transfer Chandler Jones who could really break out here with the right opportunity and overall I think the Cards might be the deepest team in the league.