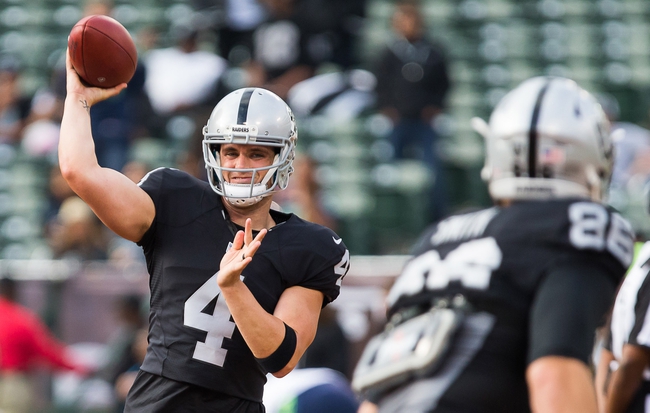 The Oakland Raiders look to live up to expectations this season as they kick off their regular season on the road against the New Orleans Saints.

The Raiders have been a team on the rise over the last two seasons and that trend continues heading into the 2016-17 campaign as their young core is a year older, and they continue to be a new haven for top end free agents who will shore up the roster. Oakland is led by Derek Carr, Amari Cooper, Michael Crabtree, and Latavius Murray in the skill positions on offense and have perhaps the best offensive line in the NFL with Rodney Hudson, Kelechi Osemele, Gabe Jackson, Donald Penn and Menelik Watson. Defensively, the Raiders are anchored by Khalil Mack who was an all pro at defensive end and linebacker last season and should be in the running for defensive player of the year this season and he is joined by Bruce Irvin, Justin Ellis, Dan Williams, Reggie Nelson, Sean Smith, and David Amerson in what looks like a revamped and talented defensive unit.

The Saints meanwhile look to get back in the playoff picture in the NFC as they trying to chase down the Panthers for top spot in the South but they will have their work cut out for them this season as their offensive line has a ton of holes and they may be hard pressed to keep Drew Brees upright. Brees will have the likes of Mark Ingram, Brandin Cooks, Coby Fleener, and Willie Snead at his disposal in what could be an explosive offense but it is the play of their defense that will be key in how far this team will go this season and while they made some nice additions it’ll be interesting to see how well they can play early on. The Saints brought in James Laurinaitis and Nick Fairley via free agency and with Cameron Jordan anchoring the line and Jairus Byrd manning the secondary this unit has potential but will have to be sharp here against a confident Raiders offense.