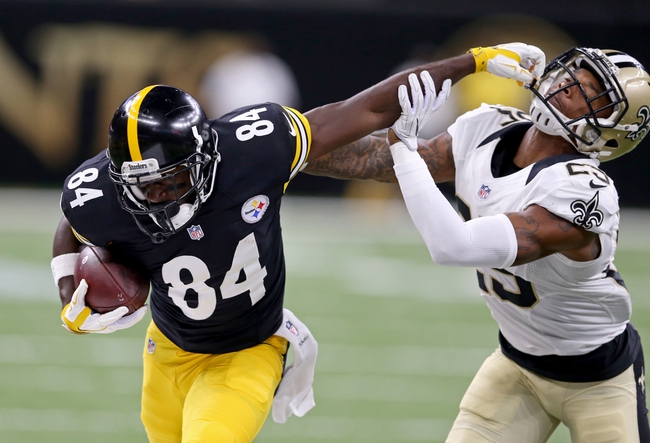 The Pittsburgh Steelers head to FedEx Field to take on the Washington Redskins in the first of two Monday night games to close out week 1 of the 2016 NFL regular season.

The Pittsburgh Steelers had a pretty good 2015 season, finishing at 10-6, good for 2nd in the AFC North and a wild-card berth, the first time since 2011 that the Steelers have made the playoffs in back-to-back years. Ben Roethlisberger returns to quarterback the Steelers for his 13th season. Roethlisberger still managed to throw for almost 4,000 yards, 21 touchdowns and 16 interceptions in a season shortened by injury. LeVeon Bell heads up the Pittsburgh backfield, when he returns from suspension, that is. Bell is suspended for the first 3 games of this upcoming season due to failed drug tests, meaning veteran DeAngelo Williams will see the majority of the workload through the first 3 weeks. Antonio Brown will be the man to watch as he comes off of a 2015 season where he racked up 1,834 yards on 136 receptions and 10 touchdowns. What makes Brown so dangerous is his ability to get yards after the catch, however if Brown gets blanketed, the Steelers have multiple options at wide receiver, including Markus Wheaton and Darrius Heyward-Bey. The majority of the Steelers defense returns for another season at Heinz Field, the same defense that allowed a shade under 20 points per game last season, finishing just outside the top 10 in that category.

The Washington Redskins surprised a lot of people by going 9-7 last season, winning the NFC East which in all fairness, was the weakest it had been in quite some time. Kirk Cousins returns as the incumbent starter for the Redskins, and is coming off a very solid 2015 season where he threw for 4,166 yards, 29 touchdowns and only 11 interceptions. The main question that Redskins fans have is who will be leading the ground attack for Washington this season. All signs point to second-year man Matt Jones, who racked up almost 500 yards rushing and over 300 yards receiving in limited playing time last season, however with Alfred Morris signing with the Cowboys, it appears the starting gig is Jones’ to lose at this point. Cousins has many other dangerous weapons on offense however, including tight end Jordan Reed and wide receivers such as Pierre Garcon, DeSean Jackson and 2016 first round pick,TCU product Josh Doctson. The Redskins defense on the other hand made a huge splash in free agency, signing defensive back Josh Norman to a multi-year deal to help with the pass defense, however the defense against the run still needs some work, as Washington finished second-last in rushing yards against last season, and didn’t do all that much to improve that part of their game in the offseason, but time will tell if Washington will be able to fix it on their own.

This is a game that could go either way, but I’m going to lean towards Washington. The defenses are almost even, and while the Steelers may have the edge at QB, I think they rely on LeVeon Bell too much for me to feel comfortable picking Pittsburgh while he’s suspended. Washington is ready to make an impact again this season and if Josh Norman can lock down Antonio Brown, I can see the Steelers having some trouble moving the ball. Not to mention a home dog on opening night sounds very appealing.

Give me Washington and the points.