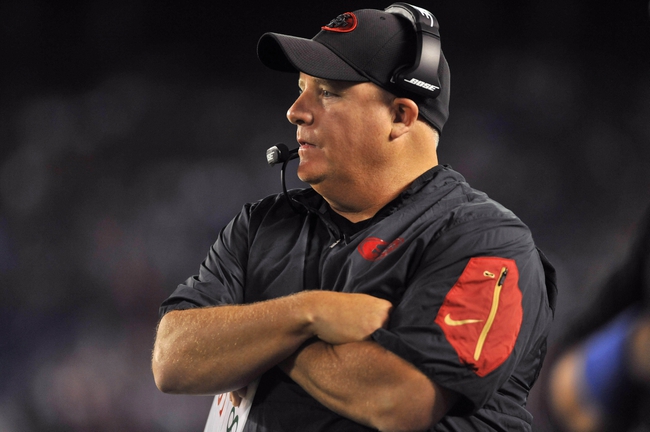 The Los Angeles Rams begin a new era after coming over from St. Louis and winning seven games last season. Case Keenum is expected to open the season as the starting quarterback, as rookie Jared Goff showed he still has work to do in order to prove his draft selection. Keenum has 15 career touchdown passes and nine interceptions. While the quarterback situation in LA isn’t sexy, the Rams do have a star running back in Todd Gurley and a couple of decent wide receivers in Tavon Austin and Kenny Britt. Gurley rushed for 1,100 yards and 10 touchdowns despite being fresh off an ACL injury. Defensively, the Los Angeles Rams finished last season ranked 24th in total yards allowed and 13th in scoring defense. The Rams have a young, exciting defense led by Aaron Donald, Robert Quinn and Trumaine Johnson.

The San Francisco 49ers have nowhere to go but up and will start fresh under head coach Chip Kelly. The 49ers are still deciding on who their starting quarterback will be between Blaine Gabbert or Colin Kaepernick, a pick that may not matter much in terms of results. The 49ers are very limited offensively, and it doesn’t help that running back Carlos Hyde remains questionable with a concussion. Wide receiver Torrey Smith is one of the few playmakers on this offense and he certainly can’t do everything, something he proved last year with just 33 receptions. Defensively, the San Francisco 49ers finished last season ranked 30th in total yards allowed and 19th in scoring defense. The 49ers defense lacks depth and difference makers, but guys like Aaron Lynch and NaVorro Bowman are capable of doing their part and helping this unit get stops from time to time.

The Rams question marks at quarterback makes this a tricky pick with them being on the road. However, the 49ers have question marks just about at every position and are in a clear rebuilding stage. San Fran is going to be one of the worst teams in the league this season and won't be favored often. While Keenum may not be the long term solution, the Rams at least have an above-average defense and one of the top running backs in the league.

So, the Rams and the small chalk seems like the pick here.

The pick in this article is the opinion of the writer, not a Sports Chat Place site consensus.
Previous Pick
Washington Redskins vs. Pittsburgh Steelers - 9/12/16 NFL Pick, Odds, and Prediction
Next Pick
Top Ten Takeaways From Week 1 in the NFL