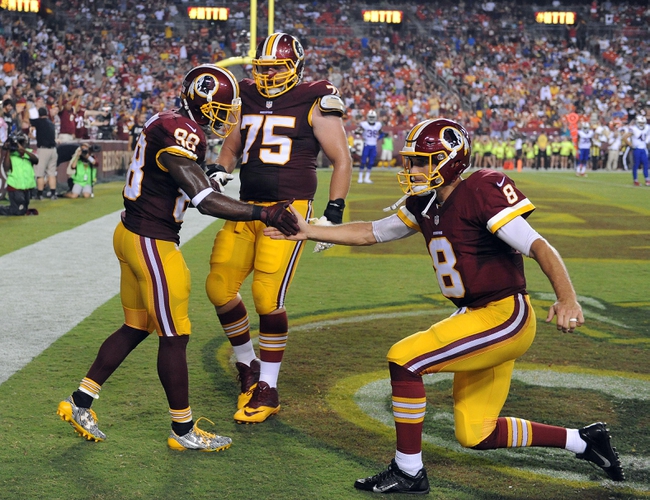 The Pittsburgh Steelers and Washington Redskins begin their 2016 season Monday night at FedEx Field on ESPN.

The Pittsburgh Steelers enter this year as a Super Bowl contender after winning double-digit games the last two seasons. The Steelers will be undermanned offensively for a while due to wide receiver Martavis Bryant being suspended for the year and Le’Veon Bell out for the first three games. Those are big losses for a Pittsburgh team that relies heavily on its offense, but a combination of quarterback Ben Roethlisberger and wide receiver Antonio Brown is one of the best in the business. Also, DeAngelo Williams should be able to replace Bell for a while after racking up 11 touchdowns last season. Defensively, the Pittsburgh Steelers finished last season ranked 22nd in total yards allowed and 11th in scoring defense. Pittsburgh is a young defensive unit led by Jarvis Jones, Stephon Tuitt, Ryan Shazier and Bud Dupree, that will get better with time.

The Washington Redskins should be a confident bunch after winning the NFC East last season with nine victories. Quarterback Kirk Cousins will be out to prove he’s worth that big one-year deal he signed after coming out of nowhere and racking up 4,100 yards and 29 touchdowns. Cousins doesn’t have many excuses as he’s surrounded by one of the better receiving corps in the league led by Jordan Reed, DeSean Jackson and Pierre and Garcon. Running back Matt Jones could also be a nice weapon if he learns to take better care of the football after fumbling five times last season. Defensively, the Washington Redskins finished last season ranked 29th in total yards allowed and 18th in scoring defense. The Redskins hope the addition of cornerback Josh Norman makes their defense better, but there's still questions about how good he actually is after just one good season in the league.

Both of these teams like to throw the ball around the yard and can put points up in a hurry. I'm also not sold on either of these defenses. You could see a lot of points in this contest, which is why I'm siding with the over. I have a hard time picking a side, as the missing players for Pittsburgh makes me hesitate and Washington is a questionable squad that shows up when it wants to.